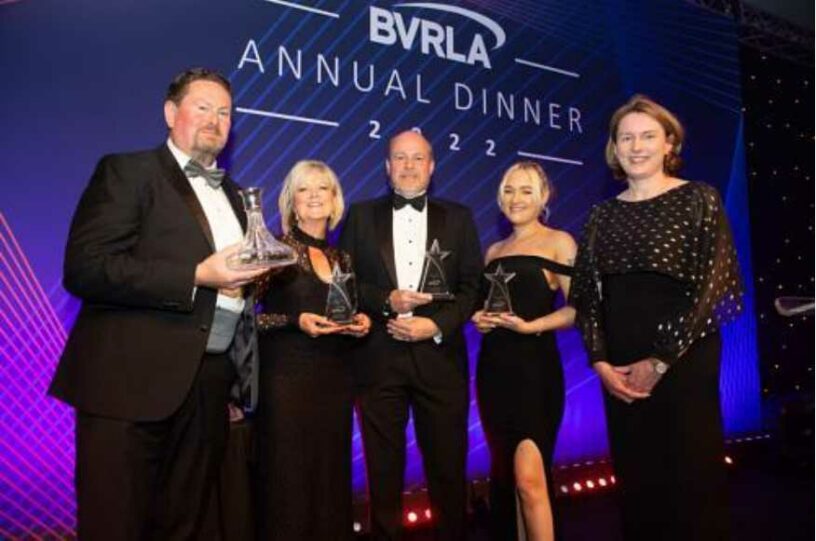 Alphabet (GB), leasing and mobility specialist, is celebrating after Jacky Brown, Contract Change Executive, was one of just three individuals awarded the title ‘Industry Hero’ at the British Vehicle Rental & Leasing Association’s (BVRLA) Annual Dinner on Thursday night. This is the fourth time in recent years an Alphabet employee has been recognised by the BVRLA for their outstanding contribution to the vehicle leasing and rental industry.

Presented at the BVRLA Annual Dinner in London, the BVRLA Industry Hero awards acknowledge exceptional individuals who have gone the extra mile in their role over the past twelve months. Alphabet’s Jacky Brown was praised for the unwavering support she provided to her colleagues under incredibly difficult circumstances throughout the pandemic, putting a focus on wellbeing and morale when it was needed most.

2021 was a challenging year for Alphabet’s Contract Change team with several members impacted by close family illness and bereavements during a period of unprecedented demand. Jacky positioned herself as the go-to person for both work related queries and personal issues, offering her colleagues an abundance of kindness and support. Despite the additional pressure from a heavy workload and her own daily responsibilities, Jacky prioritised her colleagues’ health, empowering and encouraging them to proactively take care of their physical and mental wellbeing before everything else.

Alphabet (GB)’s Contract Change Manager, Alex Brundle, said: “It is inevitable Jacky will have been experiencing her own personal difficulties during the pandemic, but not once did she let this affect her ability to be there for others. Jacky acted selflessly, always making sure she was at the other end of the phone and on hand to support her colleagues. She has not only been an exceptional member of our team, but also an invaluable cheerleader for her teammates in times of surging pressure.”

BVRLA Chief Executive, Gerry Keaney, said: “Jacky offered more than emotional support to colleagues last year, being described as a ‘rock’ by those who were able to lean on her when they most needed it. After such a challenging period, we received more Industry Hero nominations than ever, featuring incredible individuals from across our membership. For Jacky to have stood out in such a crowded and impressive field is testament to her remarkable efforts.”

Spencer Halil, Chief Commercial Officer at Alphabet (GB), added: “Everyone at Alphabet is immensely proud of Jacky and we would like to congratulate her on this this fantastic achievement.

“Alphabet having a BVRLA Industry Hero in its ranks for the fourth year in a row reflects the incredible people working here who contribute to the business through their hard work and dedication – they are at the very heart of our company culture. Congratulations Jacky for being the epitome of this and for being recognised as an outstanding team member!”