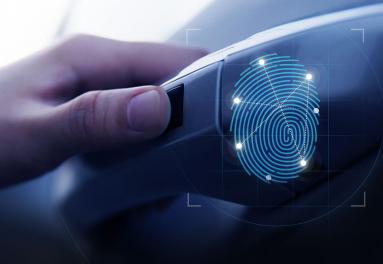 It has been revealed that 56% of Brits believe in-car tech is just as distracting as using a mobile phone, says whocanfixmycar.com research.

The survey of one million users also found that seven out of ten British drivers (69%) donâ€™t think penalties for being on your phone whilst your car is stationary should be the same as when youâ€™re driving.

The law in the UK states that if the car is running and you are on your phone, you could get six points and be subject to a fine â€“ regardless of whether you are moving or stationary.

WhoCanFixMyCar.comâ€™s co-founder Al Preston said: â€œUsing your phone whilst driving puts yourself and others at great risk, and itâ€™s something which has been debated massively over the last two years since the new penalties were put in place.

“It was surprising to see how many people believed that the penalty for using your phone whilst stationary should be lower.â€

Most people believe the penalties should be lower if your car is stationary, and 65% of people believed that using in-car technology such as Apple CarPlay, Android Auto and sat navs whilst in motion is just as distracting as a phone and should be subject to the same penalties.

Following the results, WhoCanFixMyCar.com is trying to determine whether public opinion would support a revision of the laws surrounding driving whilst on your phone, as well as laws around in-car tech.

â€œWe werenâ€™t surprised, however, that so many people considered in-car tech as distracting as using your mobile phone â€“ especially with features like Apple CarPlay or Android Auto which effectively gives you access to every feature on your iPhone through the carâ€™s dashboard,â€ said Preston