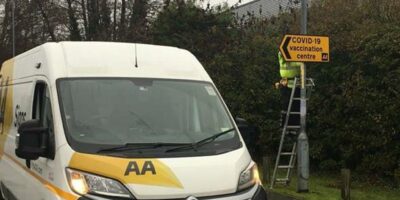 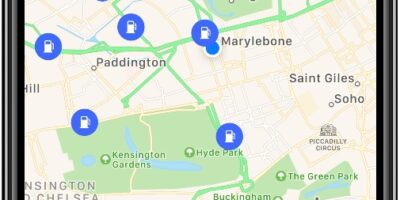 The LTA have today announced that cinch, the ‘faff-free’ online car selling platform, is the new title sponsor of the LTA’s Queen’s Club Championships.

This partnership brings together one of Britain’s most popular tennis events with one of the fastest growing online car-selling platforms to support the LTA’s vision of ‘tennis opened up’. The partnership with cinch and its many thousands of customers will improve visibility for both the tournament and British tennis with the wider public.

The partnership will commence on 1st January 2021, and will run for four years through the 2024 Tournament.

The cinch Championships is an ATP 500 event with more than a century of history. It has won ATP Tournament of the Year four times since 2015 and is played on grass courts regarded by players as some of the best in the world. Andy Murray has won the singles title a record 5 times, and his two Wimbledon victories followed success at The Queen’s Club. Whilst there was no event in 2020 due to COVID-19, in recent years the tournament has played host to the many of the world’s leading male players including Murray, Novak Djokovic, Marin Čilić, Stan Wawrinka, Stefanos Tsitsipas, Daniil Medvedev, Nick Kyrgios and defending 2019 Champion Feliciano López.

The cinch online car-selling platform makes it easy for consumers to find and buy a used car that really meets their needs. Offering thousands of quality checked used cars to choose from, cinch makes the car buying process faff-free and safe, with free home delivery and a 14-day money back guarantee too. cinch began its journey at the start of 2019 and has quickly grown to establish itself as one of the UK’s leading e-commerce sites for used car buying.

Scott Lloyd, Chief Executive of the LTA said: “Queen’s is one of the undoubted highlights of the British sporting summer, and we’re delighted to have concluded this title partnership with cinch. Despite the current economic climate, it is a testament to the popularity and appeal of tennis that we are able to confirm this four-year partnership for one of our leading tournaments. It is a great platform for the event, the LTA, and for British tennis.  As partners we will work together to promote tennis and the tournament to the widest possible audience. cinch share our belief that tennis should be a sport for everyone and we look forward to working with them on opening up the sport to new fans and new players in the years to come.”

Avril Palmer-Baunack, cinch Chairman, said: “We’re delighted to have agreed this four-year deal with The LTA as both organisations share a vision of being welcoming and accessible to all.  The cinch team is looking forward to working closely with The LTA to bring ‘The cinch Championships’ at the Queen’s Club to the widest possible audience.”

Further details about the partnership’s activity and the 2021 tournament will be announced in the new year.
Keep up to date with all the latest from tennis in Britain by following @the_LTA on Twitter, @LTA on Instagram and LTA – Tennis for Britain on Facebook.