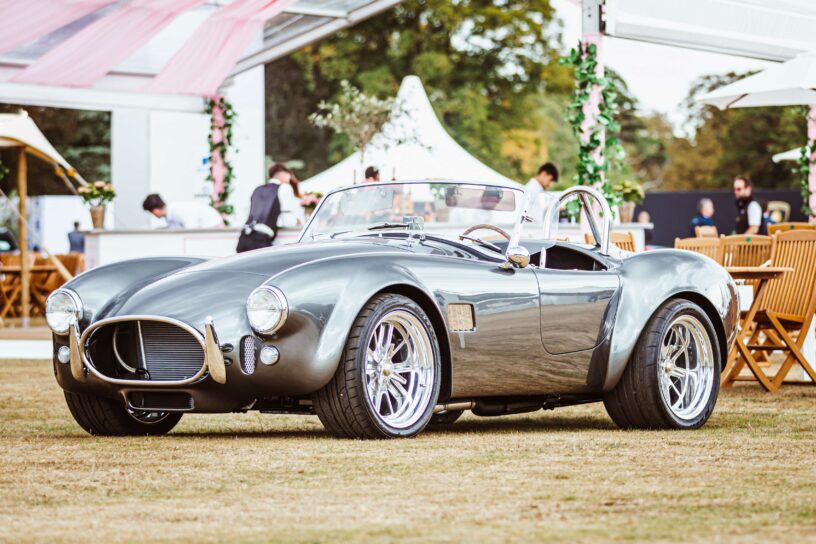 High-performance and luxury car specialist Clive Sutton has announced plans to offer the widest ever selection of official Shelby-related vehicles as part of a year-long celebration of Carroll Shelby’s 100th birthday.

Clive Sutton has imported Shelby vehicles to the UK for more than 15 years and is the UK’s only official distributor. With plans to celebrate 100 years of the brand’s performance-loving founder Carroll Shelby, Clive Sutton will add continuation and replica sports cars to its range of Shelby GT500 Mustangs and 750bhp Shelby Super Snake / Off-Road F-150 trucks.

American performance motoring icon, Carroll Shelby, was born on 11 January 1923 and his Shelby Cobra was created 40 years later in 1963. These landmark dates make 2023 very significant with Shelby’s 100th birthday and 60 years of the original Shelby Cobra falling in the same year.

To celebrate, Clive Sutton will offer customers the chance to own a faithfully recreated Shelby Cobra Continuation Model. The CSX7000 and CSX8000, also known as the MkII Slab Side are exquisite recreations of the Shelby Cobra 289 that won the 1965 FIA World Championship. Matching exactly the original Shelby Cobra, each highly sought-after Continuation Model is built to order and is entered into the official Shelby register priced between £270k-400k.

A 60th anniversary edition is intended for production and prospective customers can now reserve a build slot with Clive Sutton. In addition, the Sutton team will offer the only replicas with an officially-licenced Shelby body – the Superformance MkII and MkIII. These models fuse modern production techniques and engineering to create a faithful homage to the original Shelby models with modern-day reliability and performance. Available in right- or left-hand drive, the Superformance models feature a wealth of modern-day enhancements including fuel-injected Roush or Coyote V8 engines, disc brakes, and five-speed gearboxes.

Clive Sutton, Founder and CEO: “Carroll Shelby was an inspiration to me in my youth, the power, performance, and style he brought to racing and motor cars in the 1950s and 1960s captivated me as it did many of our customers. Offering a spectrum of performance-focused Shelby models from modern day GT500s to the continuation Shelby Cobras and Superformance replicas is a privilege that we can’t wait to share with our customers in Shelby’s 100th year!”

The model shown at Salon Privé offers serious performance with a power-to-weight ratio of 514bhp-per-tonne thanks to its spritely 1,089kg kerb weight. Echoing the original Shelby Cobra’s performance, the MkIII Roadster features bags of power with 540lb ft of torque combining with the Roush 427IR eight stack fuel injection engine’s 560HP to deliver instant acceleration with plenty of punch throughout the rev range.

In addition to the MkIII Roadster, Sutton customers can order a regular MkIII or performance-focused MkIII-R. Those keen to recreate the nostalgic characteristics of the original Shelby Cobra can opt for the Superformance MkII Slab Side, with prices starting at £128,950.

Clive Sutton is taking customer orders now for the full range of Shelby vehicles and Shelby-licenced Superformance products. With some available for immediate customer delivery, interested parties should call the Sutton team on 020 7483 6500. Clive Sutton specialises in importing some of the most unique, powerful and desirable vehicles from the US and across Europe. Buyers can browse Sutton’s luxury and supercar stock or build a bespoke luxury vehicle by visiting CliveSutton.co.uk.