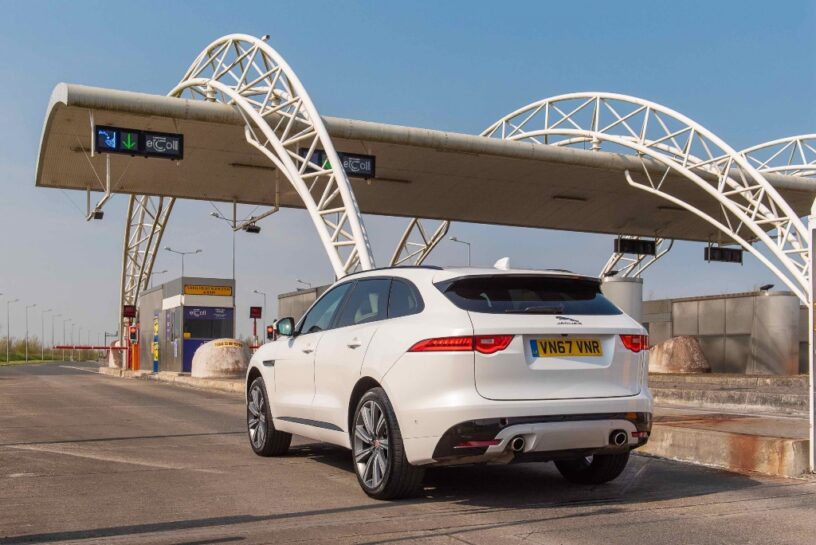 Hagerty is best known as a classic vehicle insurer, but with a 600,000-member strong Drivers Club, an 800,000-circulation printed magazine and 1.5m subscribers on YouTube they are one of the worldâ€™s largest automotive lifestyle brands.

McKeel Hagerty, Hagerty CEO, is a lifelong car enthusiast, restoring his first classic car, a 1967 Porsche 911S, aged just 12. As a result of that passion Hagerty has always been there for the classic vehicle community and champions the statement -Â Hagerty exists to save driving.

Hagerty UK regularly shines a spotlight on challenges faced by classic vehicle enthusiasts, from E10 fuel to the damage caused by government-led scrappage schemes. Now Hagerty UK reports on road pricing and the affects this could have for classic vehicle owners in the future.

At the last count, there were more than 20 toll roads in the UK, including 18 river crossings, but also the M6 toll road and congestion road pricing in Durham and London. UK motoring taxes raise almost Â£40 billion a year, 70 per cent of it in fuel tax. In the last 20 years, fuel duty had dropped from 2.2 per cent of gross domestic product to 1.3. And it will drop to effectively zero as the government heads to â€˜net zero carbon emissionsâ€ by 2050.

Classic and many modern classic cars donâ€™t have connectivity, some donâ€™t even have electrics to speak of, which means to make something like a national road-pricing scheme work, owners of cars without the necessary communication equipment will have to carry a tracker or pay up front before driving their cars â€“Â or we adopt nationwide automatic numberplate recognition technology. While proponents of road pricing point out that mobile telephones, fitness trackers and even credit cards monitor our movements, there is a general unease with the idea of tracking our every journey.

â€œWe might have bigger fish to fry with this issue,â€ says Wayne Scott spokesman for the Federation of British Historic Vehicle Clubs (FBHVC), â€œsuch as how we get fuel after 2030 and whether it will still be made.â€

That said, however, the general assumption is that since classic vehicles registered before 1980 are exempt from road tax and the requirement to have an annual MoT test (if more than 40-years old), they could well be exempt from road pricing as well.

â€œThatâ€™s what you might expect,â€ says Scott, â€œespecially as classic vehicles are responsible for less than 0.2 per cent of all road miles, but we are very keen to be seen as paying our way and not an exception as that might affect our freedom to drive on the roads.â€

The Queenâ€™s Highway is a peculiarly precious idea in British Society; freedom of movement and association have been hard won in our society and are not easily or simply returned back to our masters. Do we really want to establish such an overwhelming level of surveillance and control by governments as well as the sheer embuggerance and cost of road pricing?

The full report can be viewed on the Hagerty UK website

Lee Mathewson, Vice President of International Insurance Products and Managing Director of Hagerty UK concludes â€œThere are many factors affecting the classic car world, not least the planned phasing out of new combustion driven vehicles in 2030, and now road pricing. The UK classic car industry is misunderstood, far from being old and decrepit it is modern and dynamic and adapts fast to provide innovative ways for owners to enjoy their vehicles in an ever-changing world. Hagerty champions the cause for the classic motorist and will continue to do all we can to protect the industry and keep classic vehicles on the road.â€