Historic racers line up for the Hagerty Shelsley Walsh hillclimb 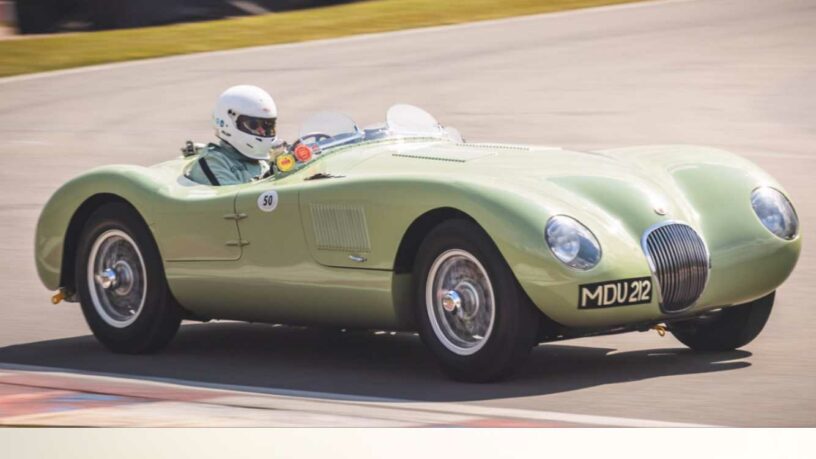 On 28th May, Hagerty will bring together an eclectic mix of cars to tackle the historic hillclimb course at Shelsley Walsh. Since 1905 Shelsley Walsh has played host to heroes of motorsport, making it the oldest motor sport event still held on its original course.

A number of important competition and road cars have been hand-picked to put on a show for visitors, including:

1952 Jaguar C-Type – chassis XKC005, the first car to win a race with disc brakes (Stirling Moss at the ’52 GP Reims), and a car with incredible pedigree, including 1952 Monaco GP sports car race, 1953 Mille Miglia and a multiple Goodwood winner

In addition, a glorious 1967 Toyota 2000 GT, believed to be one of just 3 cars in the UK and the only one on the road, will also be on display giving showgoers a rare chance to see this coveted Japanese sportscar up close.

The popular Hagerty Classic Car Valuation Arena returns for the Shelsley Walsh hillclimb, offering vehicle owners a chance to have their car appraised and valued accurately. Live vehicle inspections will be carried out by experts from the Hagerty Valuations team and the knowledgeable appraisers from auction house, Manor Park Classics.

Tickets are priced from just £15 for general admission, which includes access to the paddock. For those who want to drive up the hill, an exclusive package offers three runs, access to the Hagerty Driver’s Enclosure with complimentary food and drink and grandstand seating, for just £99.

Mark Roper, Managing Director of Hagerty International, said “What a line-up of cars we have to delight our guests and what better way to honour the famous Shelsley course? The sights and sounds of such wonderful cars will be well worth the attendance alone, but we also invite guests to get involved by driving their own cars up the hill, too.”

Note: 1933 Lancia Dilambda 232 photograph is credited to James Brown Photography, all others are free to use without credit.