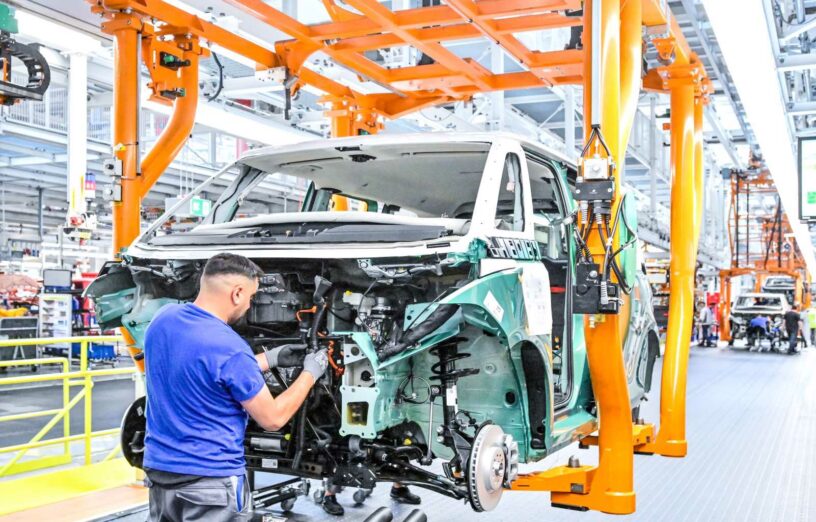 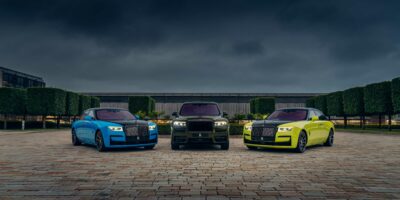 Volkswagen Commercial Vehicles (VWCV) is ringing in a new era of vehicle production at its Hanover plant. Production of the new all-electric ID. Buzz[1] and ID. Buzz Cargo[1] recently started there and the first vehicles will be delivered to customers in the autumn. The brand is therefore systematically pressing ahead with the electrification of the site and securing the future of VWCV in line with the GRIP 2030 strategy. In the course of the year the company plans to increase the plant’s daily production to a total of 900 vehicles. In future, there are plans to build up to 130,000 units per year at VWCV’s main plant.

“The ID. Buzz is a milestone in the electrification of the brand and the plant in Hanover”, says Josef Baumert, Member of the VWCV Brand Management Board for Production and Logistics. “In just eight years’ time more than 55 per cent of our vehicles in Europe will have battery-electric drive. The ID. Buzz has a leading strategic role in this”, says Baumert.

Three vehicle concepts, one plant, flexible production.
Since May of this year VWCV has produced three models at the Hanover plant. They are based on three different platforms and can have three different drives: the ID. Buzz[1] as a battery-electric vehicle, the new Multivan as a plug-in hybrid and with conventional drive and the variants of the T6.1 with a combustion engine. In the factory the vehicles are partly produced on one line. “Our production method is highly complex, but it enables us to respond flexibly to customer demand”, says Baumert. Despite the many factory modifications over the past two years, production of the popular T6.1 continued uninterrupted.

4,000 employees trained to produce the ID. Buzz[1]
The first all-electric vehicle from Hanover and new, digital systems also resulted in far-reaching new demands on the employees. During the start-up of the ID. Buzz 4,000 employees in the factory were trained for the production of the new vehicles. “We trained our employees in high-voltage technology and also adapted our apprenticeships to the new tasks”, Baumert adds. Apprenticeships offered by VWCV in Hanover include mechatronics technician for system and high-voltage technology.

Commenting on the production start-up of the ID. Buzz[1], Baumert says: “The workforce did a great job during this time: they accomplished training for the ID. Buzz parallel to the series production of the T6.1 and the new Multivan – and all this during the Covid-19 pandemic. I would like to thank all VWCV employees for their commitment and their determination to get the ID. Buzz off to a good start.”

Increased production output
Modern digital systems and new processes enable the production to be increased at the site. By 2023 VWCV plans to produce up to 900 ID. Buzz[1], New Multivan and T6.1 per day in Hanover. Until now the maximum production was 810 vehicles.

Brand forges ahead with automation and digitalisation strategy
New plants and processes in the factory: for the body construction of the ID. Buzz[1], the degree of automation has increased by 15 percentage points to 92 per cent compared to the T6.1. Skilled workers manage large parts of the plants using computers and mobile devices such as smartwatches. Operators and machines are in constant contact. The robot systems report possible problems in good time, which can be solved during operation. Baumert sums up the development in Production in a nutshell: “Hanover is on the way to becoming a ‘smart factory’.”

Components to produce the MEB battery system in Hanover in future
Volkswagen Group Components is responsible for assembling the whole front and rear axle of the ID. Buzz and ID. Buzz Cargo[1], the newest and largest vehicles to date to be based on the MEB, in nearby Barsinghausen. From there they are delivered to VWCV in Hanover. At the same site Group Components already produces hardware in the form of the flexible fast-charging station for establishing a fast-charging infrastructure for electric vehicles, and motor housings for the MEB. From 2024 the MEB battery system for the ID. Buzz[1], which is currently supplied from the Components site in Braunschweig, will also be assembled.