Independent garages could lose access to data over Brexit 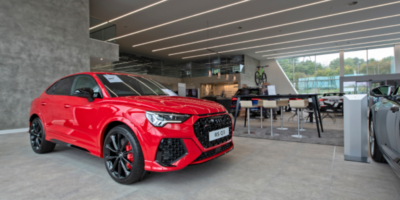 The UK’s exit from Europe has already seen automotive bodies and manufacturers warn about the impact on their businesses, with a number of car companies complaining about the government’s apparent haphazard approach to negotiations. Now, the Institute of the Motor Industry (IMI) has highlighted a major issue that could affect independent garages in the country.

Under European Block Exemption regulations, vehicle manufacturers must allow fair and easy access to data on vehicles, with everything from schematics and wiring diagrams through to connection and access to the ECU covered by this legislation. This allows a fair and competitive marketplace, where drivers can choose where they want their vehicle repaired.

The UK’s servicing and repair industry has been fighting for some time to ensure that manufacturers keep this agreement, known as the ‘Right to Repair’ scheme, in place. Otherwise, garages that are not affiliated to a franchised dealer network could be put out of business, should they be restricted or forced to pay high prices for the information required to complete a repair.

Research from the IMI has found that an estimated 40,000 independent businesses could lose access to information and data if the UK Government fails to guarantee continuation of the scheme post-Brexit. The professional body says it could have massive repercussions for the independents if this key content of the EU Block Exemption Regulation is not protected by government.

‘The developments in new technology have already begun hitting the most vulnerable area of the industry so without the Block Exemption Regulation in place there will be catastrophic consequences for the independents that make up 80% of businesses engaged in servicing and repairing motor vehicles in UK,’ says Steve Nash, chief executive of the IMI.

Should the Block Exemption rules not be carried over once the UK completes the process to leave the EU, manufacturers could suspend their current data services in the country, or restrict access to employees only, meaning thousands of repair workshops and independent motor factors could find it hard to operate. Groups such as FIGIEFA, the IMI and the Independent Automotive Aftermarket Federation (IAAF) have been battling in Europe to ensure access to this information remains in place, with the Block Exemption regulation as the reward for their efforts.

The IMI also believes that employers in the automotive sector face further uncertainty with new immigration laws potentially excluding nearly 10% of multi-national employees. The industry is heavily reliant on the international skillset currently available to businesses, which is helping to prevent a damaging skills shortage. Therefore, the body is calling on government to also guarantee continued access to talent from across Europe.

Nash continues: ‘In these ever-changing times where the majority of manufacturers are developing vehicle technology faster than ever before, and government setting a target of all vehicles on UK roads to be electric or hybrid by 2040, plus the added danger of seeing a sharp reduction in our ethnically diverse workforces – it’s important the IMI are supporting the industry and its workforces through these challenging times, whilst making sure the government hear our concerns and secure a deal that allows us to continue to operate this £51bn industry.’

The SMMT has already warned that British motorists could see their annual service and repair bills increase by 10% if no deal is reached between the UK and EU over tariffs and other barriers to trade. The society is calling on the Government to seek an interim arrangement to avoid a ‘cliff-edge’ if a trade deal has not been finalised at the end of the negotiation process.