Is 20 really plenty? It’s been given an amber light by IAM roadsmart followers 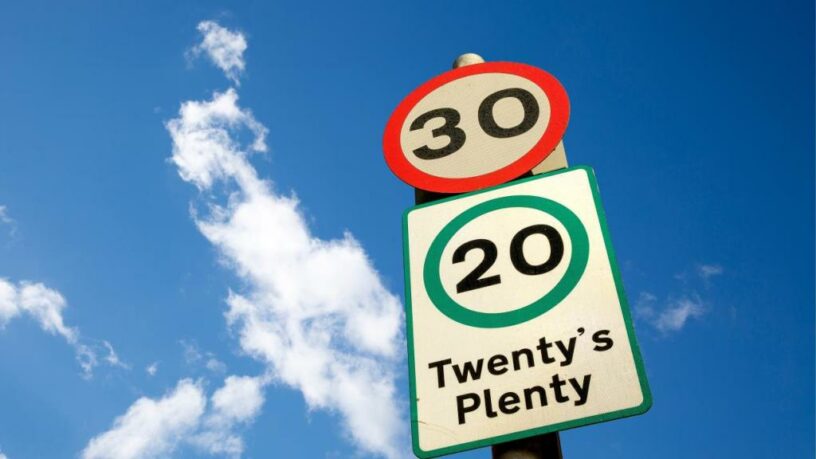 IAM roadsmart’s recent research which discovered that almost half of drivers are now in favour of reducing the speed limits on all urban roads from 30mph to 20mph has been given the amber light on social media, with mixed reception from followers.

The survey of 1,000 motorists looked to gauge public opinion on normalising a speed limit of 20mph on all residential streets, in the hope of making cities, towns and villages around the country better places to be.

The campaign has already gained significant traction in Wales, with the First Minister, Mark Drakeford putting the wheels in motion for a blanket 20mph speed limit to be implemented in 2023.Â  This could result in mounting pressure on legislators across the border to follow suit, but some followers on the IAM roadsmart Facebook page were keen to put the brakes on the idea, citing other issues such as enforcement, education, congestion, and location.

Here are some of the highlights from the comments section:

Enforcement – “You can reduce it to whatever you want. Enforcement is lacking and so it’s irrelevant really.”

Regulation â€“ “The biggest problem with road safety today is regulation. A posted speed limit sign will not improve road safety if no one is there to enforce it. Self-entitled drivers will continue to dispense their own interpretation of the limit. Most will exceed the more usual 30 mph.”

Education – “More driver education. The standard of driving these days is abysmal. Educate drivers about lane discipline and about dangers of using mobile phones at the wheel. Bring in mandatory tests every 10 years. And something similar to cpc which lorry & bus drivers have to do. Speed isn’t a killer. Inappropriate speed is.”

Common Sense â€“ “No, but 20 mph is fine on a housing estate, don’t need telling though as most people use their common sense when they see kids and animals around.”

Designated Areas â€“ “Outside all schools, or where the road is narrow, or twisty with poor sightlines, yes. Otherwise, no. A better investment would be average speed cameras.”

Training â€“ “Speed has been reduced historically as a safety solution but, drivers need more training particularly on road sense.”

Other Road Users â€“ “How about educating pedestrians? We could teach kids how and where to cross the road. Teach road safety. A potential working title could be “The Green Cross Code! Just a thought!”

Congestion â€“ “I have no objection to 20mph zones within housing developments, I live in one. What concerns me is the false sense of invincibility they appear to bestow on far too many drivers.”

Environment â€“ “Every route should be risk assessed, and a suitable speed determined. But it is a much wider issue now – not just casualty reduction, but environmental and quality of life impact has to be in the mix. 20 led communities are just more pleasant places to be.”

“Each situation needs to be decided on a case-by-case basis, with local considerations, consultation and investment in environmental improvements playing an important role.”

“Our followers have raised some very valid comments, and it was a hotly debated topic with just under 27,000 views (26,995), 540 comments and over 5,000 people engaging by sharing or expressing views.”

“We can immediately address concerns on environment, education and training. We at IAM roadsmart are fully behind training and education to avoid lack of knowledge of fines or the requirement for further enforcement. Not everyone interprets the rules the same which is why we need education and safety engineering precautions. The one-size fits all approach isn’t the best option as our followers have said, and we are recommending a review of high-risk areas. We continue to campaign for improved infrastructure designed to slow traffic and emphasise shared spaces.”