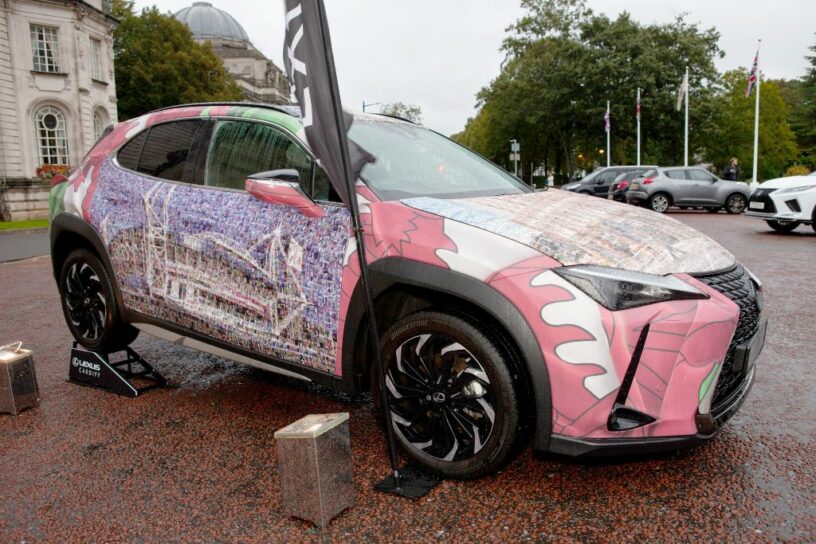 An artwork capturing some of Cardiffâ€™s best-known sights has been used to wrap the entire bodywork of a Lexus UX car. The design has been created by city artist Nathan Wyburn, featuring landmarks including the Principality Stadium, Golden Cross pub, Roath Park Lane and the Wales Millennium Centre, created from thousands of selfie images supplied by Cardiff residents.

The unique version of the Lexus luxury compact SUV, commissioned by Lexus Cardiff, was revealed last night at the Cardiff Life Awards at St Davidâ€™s Hall, where Wyburn described the project as a â€œcelebration of this amazing city.â€

Wyburn is known for his distinctive pop art style and for using everyday and unlikely materials to create his artworks such as bread and pizza.Â  He is currently a competitor in the Sky ArtsÂ LandmarkÂ art programme.

Lexus Cardiff will be taking the eye-catching UX art car to locations across the city during October, inviting people to take selfies of themselves with it and share them through the companyâ€™s social channels. Those taking part will have the chance to win tickets to one of the Welsh Autumn International rugby matches.