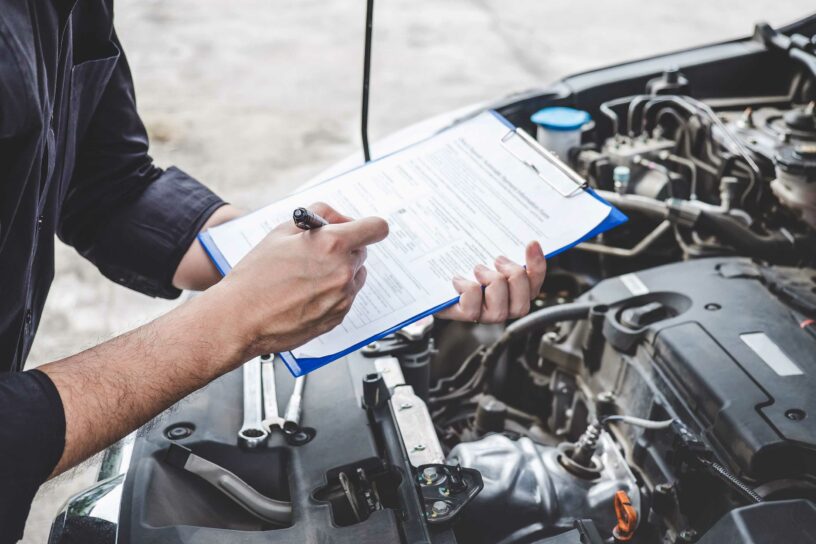 More than a third of drivers aged 17 to 24 (37%) are putting off necessary repairs to their vehicles in an attempt to cut their outgoings as the cost-of-living crisis bites, research from the 2022 RAC Report on Motoring has found.*

Nearly a fifth of young people (16%) say they are delaying getting major repairs made – which might include work such as replacing a handbrake or cracked windscreen – while a huge 28% are putting off minor repairs, which could be fixing minor oil leaks or replacing brake discs. What’s more, young drivers are more than twice as likely (37%) as average (14%) to say they have deliberately delayed getting any repair work completed, with those who drive cars over 10 years of age (19%) and who live in town or city centre areas (25%) also significantly more likely to put work off.

Perhaps surprisingly, drivers of all ages are more inclined to skip repairs in a bid to save money than they are to either reduce how often they get their vehicles serviced or switch to a cheaper insurer. Just one-in-10 of all drivers (9%) say they are servicing their vehicles less frequently and 13% say they have got a cheaper insurance policy, compared to 14% who have put off getting repairs done.

The RAC’s research found that a greater proportion of drivers in East Anglia and London are cutting back on motoring costs to save money compared to those in other areas of the UK. At the opposite end of the spectrum, those in Scotland, Yorkshire and the South East of England are less inclined to be trying to make savings.

Drivers are least keen to reduce their level of breakdown cover in the face of rising prices, with just 3% saying they have done this. Again, younger drivers aged 17-24 are more likely to say they have cut costs here than other age groups, with 6% admitting to reducing their breakdown cover levels.

“Without question, putting off vehicle repairs or skipping routine servicing are both false economies, but these figures show in all-too-stark terms just how many drivers, especially younger ones, feel they have to do this to lower their spending in the face of rising prices.

“The fact over a third of young drivers are deliberately delaying getting their vehicles fixed to cut costs is actually a harbinger of future unwelcome – and possibly far larger – garage bills. What’s more, not getting work to a car done means the chances of it letting a driver down shoots up, making it potentially less safe.

“And as the average age of cars on our roads is getting older due to fewer people trading up to new cars, it looks as though many of them will also be in a poorer overall state of repair which is bad news for everyone using the roads. Given this, we sincerely hope the Government permanently shelves its unpopular idea to change the compulsory MOT from once a year to every two years.** After all, the MOT is the backstop when it comes to ensuring all vehicles using the roads are roadworthy.

“Increasing prices are hitting drivers from all directions at the moment. If the high cost of fuel isn’t bad enough, drivers who do the right thing and take their vehicles to a garage will also see larger bills. It’s unfortunately the case that an enormous number of car components and consumables are affected by rising material prices, whether that’s oil that goes into making tyres or is simply used as a lubricant, or steel that goes into shock absorbers. The best, and indeed only, advice to drivers is to stay on top of maintenance to avoid the prospect of a nasty bill further down the line.

“We’re determined to help make it easier and more cost-effective for drivers to look after their cars, which is why we’ve introduced Mobile Mechanics in the West Midlands who can service or repair vehicles at customers’ homes or workplaces– removing the hassle often associated with taking a car to a garage. What’s more, with prices that rival many garages it can be a really affordable route to keeping a car in good working order, too.”

More information on servicing and repairs that can be delivered by the RAC’s team of Mobile Mechanics can be found online at www.rac.co.uk/car-care/mobile-mechanic.