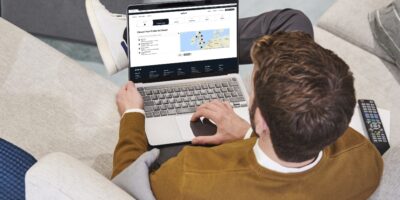 â€œNew vehicle sales in the UK declined in September as a result of supply-side issues facing the sector and despite buoyant demand from consumers, as confirmed by 97.7% of surveyed franchised vehicle dealers whose stock was affected by the global microchip shortageâ€, said Sue Robinson, Chief Executive of the National Franchised Dealers Association (NFDA), which represents franchised car and commercial vehicle retailers in the UK commenting on the latest SMMTâ€™s new passenger car registration figures.

New passenger car registrations decreased by -34.4% compared to the same month last year as supply constraints continued to affect sales of new vehicles. A total of 215,312 units were registered in September, whilst 1,316,614 new cars have been sold since January 2021.

Registrations from fleet and private buyers declined, but sales to private consumers performed better (-25.3% and -43.1%).

Sue Robinson added: â€œWhilst September is an important month for the sector and the decline is disappointing, albeit expected, retailers continue to experience robust consumer demand with a strong used car market and increasing appetite for evs, partly driven by the fuel issues at the end of the month.

â€œIt is positive that the plug-in electric vehicle market continues to expand. Franchised dealers have been investing in their sites and staff training to support the transition to zero emissions and the growth of the market demonstrates it.

â€œAs we enter the final quarter of the year, we will monitor the impact that supply constraints have on the market, with retailers continuing to play a central role in helping their customers to find the vehicle that best suits themâ€.