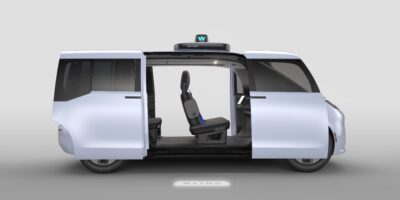 Convenience and Ease for Aftersales = Success

The National Franchised Dealers Association (NFDA), which represents franchised car and commercial vehicle dealers in the UK, reacts to the Autumn Budget and Spending Review 2022.

Sue Robinson, NFDA Chief Executive, comments on the announcements made today by the Chancellor.

“The reversal of the National Insurance contribution is welcomed by NFDA and its members. By reducing this additional cost to employers and employees, it helps improve automotive retail business’s ability to attract talent and best tackle the staff shortages our industry is currently facing.”

The Chancellor also unveiled today that the proposed corporation tax hike from 19% to 25%, announced early this year by the then Chancellor Rishi Sunak, would be reversed.

“Scrapping the proposed corporation tax hike is an encouraging move for businesses across the automotive retail sector, helping reduce the tax liabilities of firms during a period of time where finances are stretched. This is a positive move and one which NFDA has urged government to consider in the past.“

Government’s Energy Bill Relief Scheme and the support given to homeowners and businesses alike is encouraging. Earlier in the month, Prime Minister Liz Truss announced a cap to energy costs to businesses for a six-month period, from 1 October 2022 to 31 March 2023. This is estimated to cost £60bn, funded in part by additional government borrowing. It also includes the removal of green levies paid by non-domestic customers who receive support under the scheme.

“NFDA welcomes Government’s Energy Bill Relief Scheme, supporting franchised dealers at a critical time with their rising energy bills. Last month, NFDA reported that members have experienced unprecedented hikes in energy costs of up to 250%, over the past six months. An energy price cap will help mitigate a substantial amount of further energy price rises and will relieve franchised dealers of considerable amounts of financial pressure. Reducing the chances of job losses and business closures.

“Whilst six months of Government support to combat the energy crisis is invaluable to our members, NFDA is concerned that energy prices will remain at this unsustainable level beyond this six-month support period, therefore we urge government to consider extending their support to a year, offering the energy market time to stabilise.”

In a further move to grow the economy, the Chancellor announced plans to accelerate new roads, rail and energy infrastructure. The new legislation will cut barriers and restrictions, making it quicker to plan and build new roads. This includes a Local EV Infrastructure Fund and Rapid Charging Fund.

“The removal of excessive red tape for investment in infrastructure around UK is largely encouraging and NFDA is pleased that Government has acknowledged the need to support charging infrastructure. Motorists across the UK will benefit from an upgraded road system and will be essential towards speeding up improved infrastructure for the electric revolution.”

“The NFDA is disappointed there was no mention of an update to the business rates relief which is due to expire in April 2023. This discount has been critical to the recovery of automotive retail businesses. However, with the ongoing conflict in Ukraine and unprecedented cost of living pressures, we urge Government to reassure businesses that they will not face big tax rises come early next year.”

“Going forward, NFDA will continue to liaise with the relevant departments to ensure that members are kept up to date and informed of any changes with the current business rates system, helping mitigate any large tax shocks to our members. We also look forward to receiving a response to government’s critical Online Sales Tax consultation, released earlier this year.

Convenience and Ease for Aftersales = Success