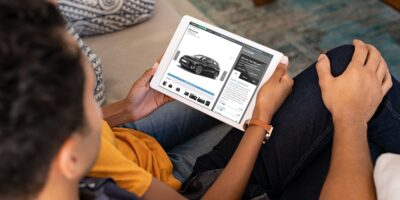 “Following our significant lobbying efforts, it is extremely positive that the Government has confirmed HMT and HMRC will reinstate a margin scheme which will avoid an immediate price increase for thousands of second-hand vehicles and the resulting detrimental impact on dealerships and consumers in Northern Ireland as well as Great Britain”, said Sue Robinson, Chief Executive of the National Franchised Dealers Association (NFDA), which represents franchised car and commercial vehicle retailers in the UK.

The NFDA had previously written to HMRC and a number of MPs to highlight that under post-Brexit EU VAT rules, the sale price of a significant proportion of used vehicles in Northern Ireland (NI) would have been subject to a 20% increase for stock purchased in Great Britain (GB).

Margin schemes enable traders of used goods, such as vehicles, to pay VAT based on the profit earned from the resale of those goods, rather than the entire value of the good. This benefits consumers as it makes used cars more affordable, as the amount of VAT they pay is far smaller compared to the 20% they would pay for a new vehicle.

However, if the current rules had been left unamended, as part of the Northern Ireland Protocol, motor traders in NI would have been unable to access VAT margin schemes for used vehicles they sell which are sourced from GB. NFDA has repeatedly stressed that this would have been a major disincentive for NI dealerships to buy used vehicle stock in GB, as it would have led to an immediate 20% increase to the sale price of these vehicles.

Today, Rt Hon Michael Gove MP confirmed that “HMT and HMRC will reinstate a margin scheme to ensure that NI customers need pay no more than those in any other part of the United Kingdom”.

Sue Robinson, NFDA Chief Executive, added: “While we welcome today’s announcement, we urge the Government to establish as soon as possible a system allowing dealers to backdate margin scheme claims.

“We look forward to continuing to work closely with the relevant Government departments to provide feedback on the issue on behalf of franchised dealers”.