Oil price spike – what does it mean for UK drivers? 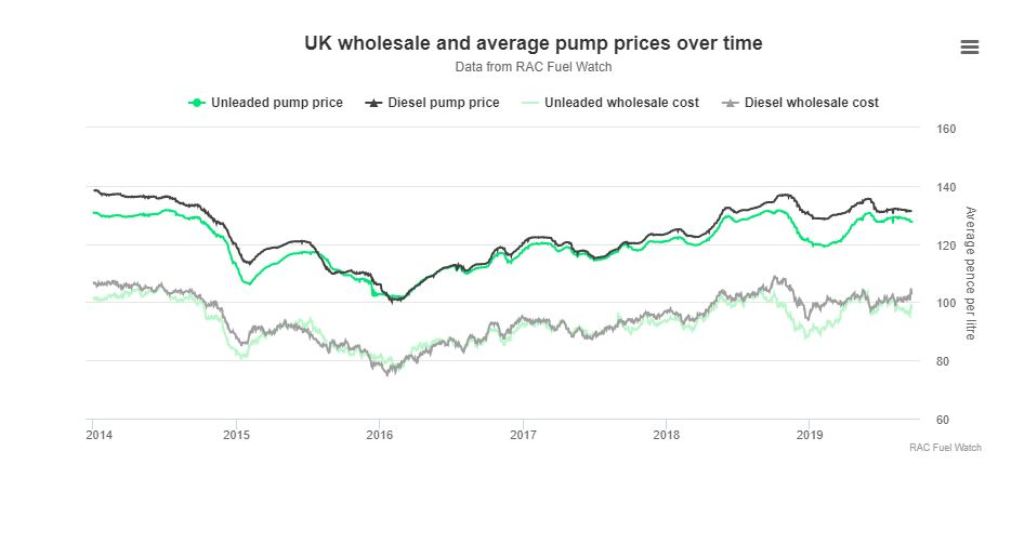 RAC fuel spokesman Simon Williams said: “There was an inevitable initial panic-driven surge in the oil price on Monday morning, but the situation then cooled. While the wholesale prices of both petrol and diesel look set to increase by 3p a litre, this doesn’t necessarily mean higher prices at the pumps because retailers only just began to pass on overdue wholesale price savings at the end of last week. At that point the 128p forecourt price of petrol was 7p too high which means retailers should have a cushion to absorb the spike.

“If the barrel price remains high for a sustained period however, it could easily lead to several pence a litre being added to the average price of both fuels. Even after Friday’s 3p supermarket cut petrol is still averaging 127.77p and diesel 131.26p.

“We are hopeful the fact the US is releasing emergency oil stocks and that Saudi Arabia operates a global storage network will mean that drivers here in the UK will not be too harshly affected.”

To see daily changes to wholesale and UK retail petrol and diesel prices, check the chart below: