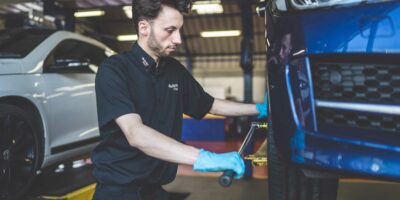 When it comes to the new rules that drivers are least familiar with, more than two-thirds (68%) don’t know that traffic should give way when people are crossing or waiting to cross a junction.

Concerningly, only half of UK drivers know that 70mph is the national speed limit on the motorway and almost a quarter (23%) admit to surpassing this speed in 2022. Furthermore, 64% of motorists don’t know that they should give way to cyclists who are riding ahead on the road and not using a cycle lane. The new rule that drivers were most aware of is that they must give way to pedestrians and cyclists on a parallel crossing (50%)

The new Highway Code states that drivers are prohibited from holding or using their handheld device for anything, even if the vehicle isn’t moving. While 41%  of respondents correctly identified this new rule, 15%  incorrectly believe motorists are allowed to check mobile notifications and alerts when driving.

The study shed light on motorists’ knowledge of well-established Highway Code rules, as only 38% of drivers know to allow a two-second gap between themselves and the vehicle in front. The research also explored UK drivers’ attitudes towards the Highway Code. Offering insight into why so few drivers know the new rules, 45 %  say it is difficult to stay up to date with the Highway Code. Despite this, 38% of UK motorists say the code is essential for being a good driver.

The best performing cities included Oxford at a low 13% of admitting they had never refreshed on the Highway Code, followed by Birmingham (17%).

A spokesperson at Vertu Motors commented on the research:

“Understanding and keeping up to date with the Highway Code is vital for ensuring that all road users stay safe, and motorists are driving according to the latest laws. It is surprising that so many in the UK have not refreshed their knowledge of the code either when it was last updated, or even since they passed their driving test.”

“Regardless of how experienced a driver you are, you should always keep up to date with the Highway Code. Re-read the rules at least once a year to make sure you and other road users are kept safe.”