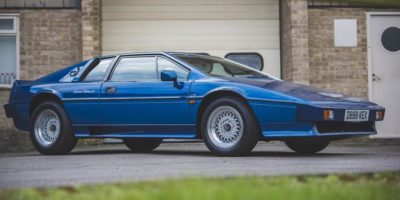 ‘Holy Grail’ Lotus Esprit for sale in ‘no reserve’ auction 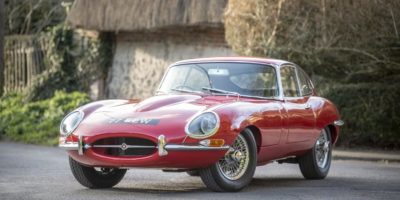 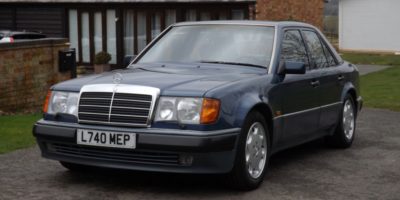 However, while the used market is currently showing signs of strength, all sectors (franchise, independent and supermarket) have identified the potential for stock availability challenges on the horizon, with 56% stating stock availability in January 2020 was worse than last year.

Global pressures on manufacturers, including CAFE regulations, the impact of coronavirus on supply chains and the turnaround on the medium-term role of hybrid vehicles in the UK’s emissions reductions plans are all likely to add to already stretched relationships between manufacturers and retailers over the coming 12 months.

Although some franchise dealers have reported a fast start to the New Year, there are suggestions that it tailed off towards the end of the month. The outlook for the rest of the quarter is less optimistic and anecdotal feedback from the dealer sentiment survey suggests dealers may try to renegotiate sales figures with manufacturers come March.

Although lower than the last two months of 2019, average wholesale prices for January 2020 indicate an overall positive trend, with the £6,264 figure beating the other 10 months of last year. While not yet reaching the comparatively strong performance of 2018, indications at this very early stage are positive but with plenty of potential road bumps along the way.

Correspondingly, average mileage in the wholesale markets is also down on much of 2019, at 62,791 in January – a -2.4% decline YoY. Average age has remained relatively flat as an overall trend for the past year; however, showed a seasonal +5.4% increase MoM, reflecting the challenges for good quality stock at the turn of the year. Indeed, supply continues to reflect the conversion and cap hpi performance.

Philip Nothard, Customer Insight and Strategy Director for Cox Automotive, said: “With an industry that is already struggling after several years of political and economic uncertainty, the news that petrol and diesel models may be banned in the UK five years earlier than originally stated, in 2035, comes as yet another challenge for manufacturers, albeit one that could be anticipated and understood in the context of today’s social and environmental debate.

“However, the addition of hybrid and plug-in hybrid vehicles into that announcement came as a big surprise for many and may well cause significant impact for manufacturers who have just two design cycles to shift their business plans. Indeed, there are many industry commentators who have suggested, however positive for the environment and air quality, it isn’t feasible to move the goalposts without significant investment into subsidising EV adoption.”

Nothard continued: “Of course, the new CAFE regulations are already having an impact on supply, with some franchises better placed than others. The coronavirus is also making an impression, with manufacturing plants for OE and aftermarket extending their lunar new year shut down while governments try to contain the spread of the virus. This may well cause further supply issues later into the year, depending on the duration of the shutdowns, leading to a knock-on effect in the wholesale markets.”

Average diesel values in the wholesale market remain relatively stable, up +0.5% MoM and down -1.9% YoY. However, petrol models have shown a significant uplift YoY, up +6.6%; although easing slightly MoM, down -2.7%.

Volumes of EV and hybrid models in the wholesale markets remain low for statistical analysis, albeit on the rise, with prices continuing to fluctuate due to the impact of new model supply and demand.

‘Holy Grail’ Lotus Esprit for sale in ‘no reserve’ auction