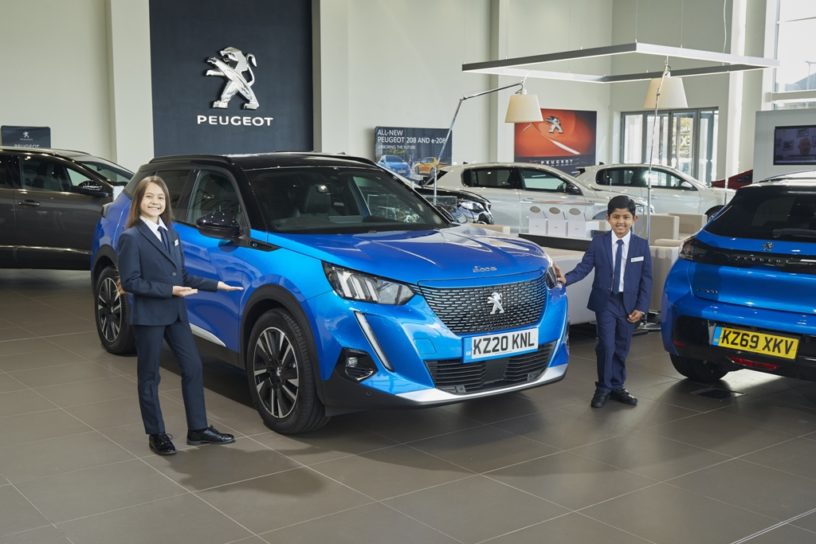 New research conducted by PEUGEOT UK* found that more than half of children surveyed in Britain want their parents to be more environmentally friendly, including switching to electric or plug-in HYBRID vehicles.

More than two-thirds of children in the study said they have starting caring more for the environment in recent years, with 67.8% of all children believing electric and plug-in vehicles are good for the planet. More than half of the parents taking part (55.3%) said their children would like them to own an electric car going forward.

The study, consisting of 1,250 children aged 7-12 and their parents or guardians, revealed that 54.2% have tried to get their parents to be more environmentally friendly, by recycling, reusing and even switching to an electric or plug-in HYBRID vehicle.

The research also revealed the scale of the influence children have on important household purchases, with 72.2% of children saying they are consulted or involved in the purchases their parents make, including buying a new car or choosing holiday destinations.

The news comes after PEUGEOT revealed the new 3008, which features revised styling, enhanced specification and a choice of plug-in HYBRID powertrains. The new 3008 HYBRID4 300 e-EAT8 and 3008 HYBRID 225 e-EAT8 are available to order now, joining PEUGEOT’s growing line-up of electrified models.

David Peel, Managing Director of PEUGEOT UK, said: “It’s great to see the next generation of car buyers so interested in full electric and plug-in HYBRID vehicles, and to know that they understand the positive impact these vehicles have on the environment. With this in mind, it’s really positive to see through our research how influential children are in the purchase decisions their parents make.”

Built on PEUGEOT’s Efficient Modular Platform 2 (EMP2), the 3008 HYBRID4 300 e-EAT8 features a 200hp (147kW) PureTech petrol engine and two electric motors for a combined power output of 300hp (223kW) and up to 40 miles WLTP of zero-emissions EV driving. With ultra-low emissions as low as 29g/km CO2 and fuel consumption of up to 235mpg WLTP, this variant also provides the reassurance of four-wheel drive whilst being capable of accelerating from 0-62mph in 6.1 seconds.