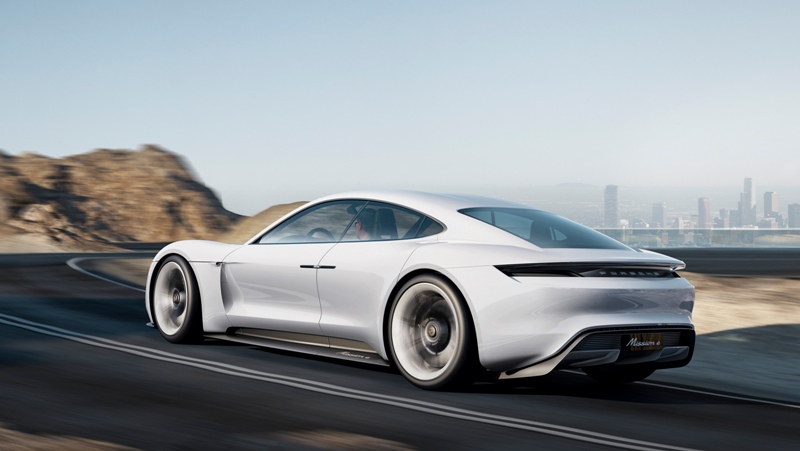 Porsche is aiming to beat the European Unionâ€™s new CO2 rules with plans to ensure at least half its sales by 2025 come from electric vehicles (EVs).

With the European CommissionÂ introducing new fleet CO2 emissions from 2021, targeting a reduction of 30%, manufacturers are looking at ways of reducing the emissions of their models. With declining diesel salesÂ likely to impact current targets, electric vehicles are the way forward for carmakers. Half of the 30% target must be reached by 2025, something Porsche believes it can meet.

The German automotive industry association, the VDA, has called into doubt whether the targets are even achievable, while the European Automobile Manufacturers Association (ACEA) hasÂ suggested a less restrictive target. However, Porsche believes it will not struggle to reach the target, and that customers should decide what they want to drive, rather than politicians.

Speaking toÂ Automotive News Europe, the companyâ€™s development chief Michael Steiner said: â€˜Customers should be the ones to decide,â€™ adding the result of the emissions targets should not be to favor one technology over another. â€˜The attractiveness [of Porsche’s electrified lineup] should lead to a powertrain mix that ensures we are compliant.â€™

Porsche plans to add at least one additional battery electric model by 2025 in addition to its upcoming Mission E to help achieve its target of selling more than half of its cars with an electrified drivetrain.

As part of its electric future, Porsche will start sales of theÂ 600-hp Mission EÂ electric vehicle in Europe in late 2019 or early 2020. An electric Macan could also be a possibility according to officials in the company.

Porsche’s Strategy 2025 business plan aims to change its image from producing thirsty vehicles to building eco-friendly sports cars, especially given the success enjoyed by US-based Tesla. The company is investing â‚¬3 billion over the next five years to push electrification of its fleet.

Porsche finance chief and deputy CEO Lutz Meschke said: â€˜By the middle of the next decade we want by and large to be electrically powered. At least 50% of our sales volumes should come from plug-in hybrids and battery electric vehicles like our upcoming Mission E.â€™

Porsche is developing the Premium Platform Electric (PPE)Â together with AudiÂ and expects it to lead to projects from 2021. The first two models will be a purely electric Audi Q5 and the Porsche Macan. The platform is an architecture for vehicles from the B segment upwards.Â It can also be understood as a â€˜luxury versionâ€™ of the Volkswagen MEB platform.Â A total of three model families are planned on the PPE platform.