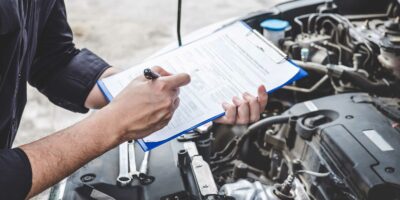 â€œThe recovery is simply not happening quickly enough.Â  We are into our 15thÂ day of the crisis. There needs to be an independent inquiry into the crisis, so that motorists are protected from such acute fuel shortages in the future.

â€œThe return to normal fuel volumes continues to be blighted by the current inept prioritisation policy.Â  There is three times the capacity at filling stations per head of population in the rest of the UK compared to London and the South East*. Together with the fact that there are more cars per household in London and the South East, this probably explains why filling stations in the region are running dry more quickly.

â€œSince the Downstream Oil Protocol was invoked at 20:00 hrs on Sunday 26 September (more than ten days ago), we understand that meetings have taken place between BEIS and specialist hauliers and oil companies.Â  These meetings were supposed to involve information sharing so that deliveries went to the areas where there were acute shortages.Â  The independent dealer network (which numbers 65% of the total) has not had access to any of the information which was supposed to have been shared.Â  We do not know when the deliveries are arriving and we do not know how they are being prioritised.

â€œThe PRA wrote to BEIS to ask how the suspension of competition law would benefit our dealers and we have not yet received a reply. As things stand, we are yet to see any benefits arising from the suspension of competition law.Â  Fuel supplies are being sent to the wrong parts of the country, giving oil companies an excuse not to fulfil the spirit of their contracts with our members.

â€œOur members in London and the South East are indignant that the fuel crisis persists for a 15thÂ day, as a result of failed government intervention and inappropriate prioritisation. Â They report chaotic delivery schedules, including one case of a tanker having to return to the depot full because it had arrived at a filling station which had just been stocked.

â€œWhilst we thank the Government for making available drivers from the military (which may in time feed through to increased supplies), suspending competition law has been a failed experiment. It is now time for the Government to step back, reimpose competition law, and restore market disciplines so that ordinary business incentives drive the fuel to the filling stations which need it.Â  The lesson for us all may be that, however well-intentioned the Government is, regrettably, officials do not have the ability nor the capacity to command and control a crisis such as this”.