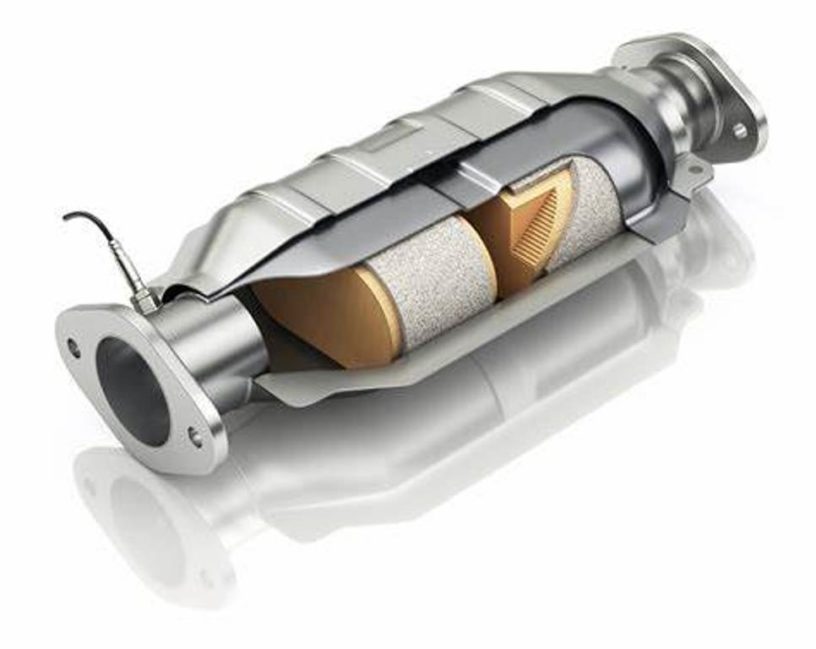 Stolen vehicle recovery expert, Tracker, is putting the spotlight on a new breed of cat-burglar; those that target hybrid vehicles for their catalytic converters. As sales of plug-in hybrid vehicles continue to grow at pace, so too do the number of catalytic converter thefts. Indeed, new figures from police forces in England and Wales report a six-fold increase in thefts*. Criminals sell the parts as desirable spares or simply for the value of the precious metals they contain – rhodium, palladium and platinum.

Clive Wain, Head of Police Liaison at Tracker explains: “Plug-in and self-charging hybrid vehicles are a highly desirable target for thieves as their catalytic converters, which turn the noxious gases in a car’s exhaust system into less harmful substances, are less corroded than those in petrol and diesel vehicles which rely on them more.

“But there are simple steps owners can take to protect their vehicle, including physical barriers to make thieves think twice before targeting their car. Installing an alarm that activates if the vehicle is lifted or tilted are particularly effective and owners should consider investing in a catalytic converter protection device or marking system. Fitting a stolen vehicle recovery device, such as those on offer from Tracker will ensure that if a car is stolen, it will be located and recovered quickly before the essential parts are removed for re-sale.”

It has been reported that senior figures in the scrap industry believe the stolen catalytic converters are being passed from unlicensed scrap collectors to some unscrupulous licensed companies, from where the precious metals become untraceable. Whilst in 2013 the Scrap Metal Dealers Act was introduced – in response to escalating copper thefts at that time – authorities say that law must be enforced to stop today’s precious metal thieves. Cash sales for metal must be banned and more stringent identity checks should be put in place on sellers.

Continues Clive Wain; “Police forces across the UK are committed to tackling the increase in catalytic converter thefts and the organised gangs behind them. The consequences of these crimes are having a devasting impact upon the lives of victims, which is why intelligence-led operations are being undertaken and continue to be organised by the police at both a regional and national level. Owners of plug-in hybrid cars who take measures to safeguard their catalytic converters, are playing a vital role in aiding forces in tackling this new world corruption.”

Tracker offers a range of devices compatible with hybrid and electric vehicles, including battery powered devices that do not need to be wired into the vehicle’s electrical system. A Thatcham approved Tracker solution can reduce electric vehicle insurance premiums as well as warn owners of technical faults and highlight servicing requirements before issues become major problems, helping to reduce garage fees.

Tracker is the only stolen vehicle recovery (SVR) provider offering tracking systems that are supported nationwide by UK police forces. Tracker’s SVR covert transmitter is hidden in one of several dozen places around the vehicle. There is no visible aerial, so the thief won’t even know it’s there. The combination of VHF with GPS/GSM technology, unique to Tracker, makes its units resistant to jamming, and the car will be visible to the police even if it is underground, in a container or in a garage – three popular storage spots for stolen cars whilst thieves wait for the chase to die down.

Park your car in a safe spot – a secure garage is the best option, but a well-lit and overlooked parking spot is also a great – it doesn’t take long to steal a catalytic converter, but it’s certainly not a quiet job so the more visible the car, the better the deterrent.

Install cameras – Thieves don’t want to be caught on camera. Installing CCTV to keep an eye on your car or parking in areas covered by public CCTV is good protection.

Install a vehicle tracker system – If a car is stolen, the Police are far more likely to be able to find and return it safely if it has a Tracker device fitted. Tracker helps police locate and recover 95% of vehicles fitted with active Tracker devices.

Police forces across the country have also issued the following advice and information to help drivers protect their vehicles:

If you can, park your vehicle in a locked garage when it is unattended.

If it’s not possible to garage your vehicle, park it in a busy, well-lit area as close to your property as possible.

Consider installing a Thatcham approved alarm to your vehicle. Ones that activate if your vehicle is lifted or tilted are particularly effective.

Use a catalytic converter protection device or marking system.

Catalytic converters control and convert exhaust emissions from your vehicle into less toxic substances. If yours is stolen, you will know because your vehicle’s engine will sound different. If you suspect your catalytic converter has been stolen, report it immediately by calling 101.