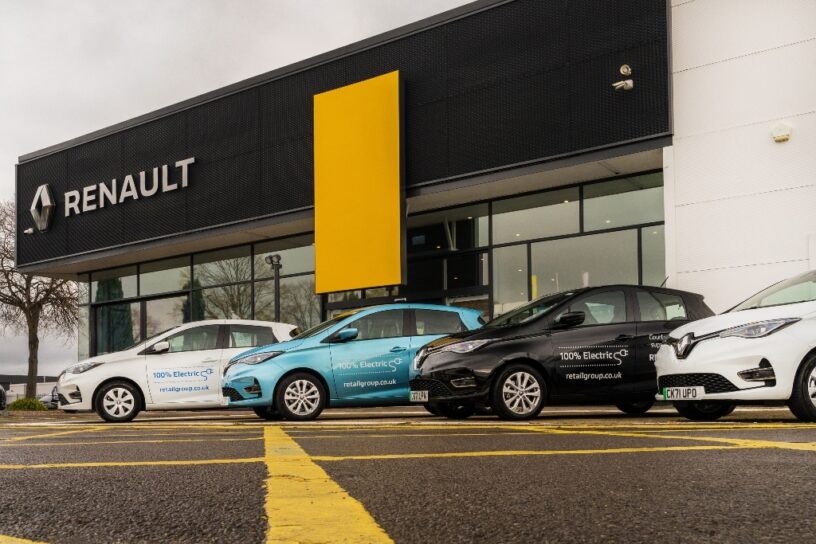 Renault has been officially recognised as one of the UK’s top automotive brands in the Automotive Industry 2022 report produced by Reputation.

The annual survey saw Renault ranked second out of 30 automotive brands that operate in the UK. Reputation also ranked Renault Retail Group third out of 50, within the UK’s dealer group segment.

To determine its findings, Reputation looked at key trends from the past year in its report, by analysing customer reviews from the UK, and conducting surveys on motorists’ digital car buying habits.

It then ranked manufacturers and dealers with a Reputation Score, which measured sentiment, visibility, and engagement across key elements. This included star average, review volume, harder-to-track data from social media and comments from social channels.

Renault earned its position as a top automotive brand in the UK with a Reputation Score of 703 points, as well as scores of 75% for sentiment, 64% for visibility and 88% for engagement. Reputation stated that top brands operating in the UK, such as Renault, are strongest in sentiment and engagement. In both categories, the average score for the top five was 18 percentage points higher than the average for the bottom five.

In addition to the brand award, the Renault Retail Group, the 100% Renault owned national network of 13 automotive dealerships, finished third out of 50 in the UK dealer groups survey. The group received a Reputation Score of 714 points, 76% for sentiment, 69% for visibility and 98% for engagement.

E-reputation management has continued to be a core element in the brand’s customer excellence plans. This has been successfully transferred across to Renault retailers, who have recognised that positive customer experience is driven by a strong online review presence and good listings management.

Renault jumped from fourth to second in the rankings by strengthening the relationship with its dealer network. This included working with the dealer network to improve scoring through via webinars, training on management and response to feedback, and closer engagement.

Anthony Gaskell, Managing Director – EMEA at Reputation said: “In an ever-changing landscape, automotive brands invested in improving customer interactions are the ones that will continue to be successful. Renault and Dacia in the UK are great examples of automakers that have invested in customer experience, and they are seeing results throughout the customer journey, evidenced by their high Reputation Scores and their improved ranking compared to 2021. We congratulate the team at Renault UK and Dacia UK on this accomplishment and look forward to seeing how they continue to innovate as part of the global program adopted by Renault Group.”

Guillaume Sicard, Country Head UK & Managing Director Renault Brand UK, said: “We are exceptionally pleased that the Reputation survey has recognised our continued commitment in delivering a positive customer journey. Last year, Renault came fourth in Reputation’s top automotive brand ranking and, while a strong result, it revealed predictive insights for the brand that we were able to act on so that we could improve the customer experience even further, allowing all at Renault UK to deliver this fantastic result for 2022.”