Renault to sell electric trucks in 2019 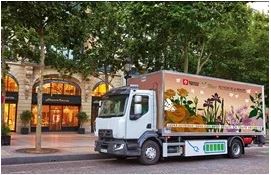 Renault Trucks will launch a range of fully electric trucks next year.

The French manufacturer, which has no link to Renault cars,Â has been testing electric vehicles for the past 10 years in real world scenarios and says its new range will be “cost-effective” and “primarily designed for urban and inter-city situations.”

Alongside its extensive testing with various types of 12-16 tonne trucks, Renault Trucks also has access to the vast research and development resources of its owner, Volvo Group. Which has also pledged to sell electric vehicles by 2019.

It has not released any further details about the new models yet but confirmed a dedicated assembly line for the new all-electric models is being installed at its Blainville-sur-Orne plant in Normandy.