RML short wheelbase and the art of chassis tuning 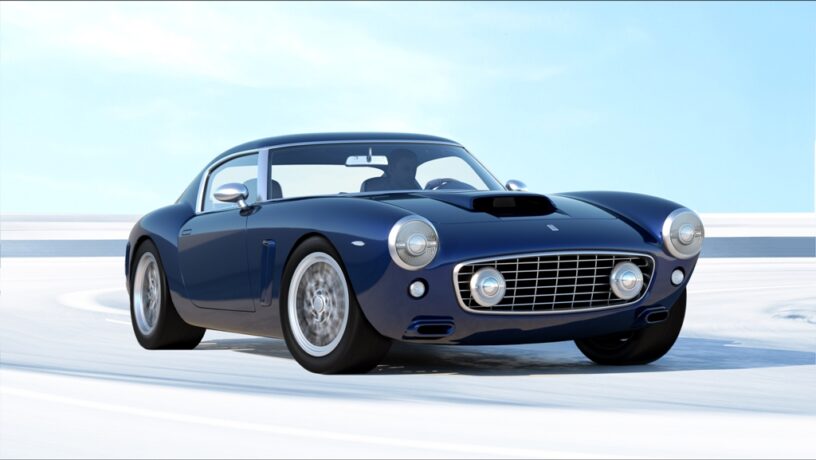 RMLâ€™s new Short Wheelbase, which is set to launch this October, may appear to have been plucked from the glory days of the classic GT road-racer, but its chassis â€“ much like its interior â€“ has been carefully honed to offer drivers all the sophistication of a modern performance car, but with a more organic and engaging character.

And given RMLâ€™s extensive knowledge and experience developing performance car chassis as part of the â€˜white labelâ€™ work they do for a variety of oems, itâ€™s perhaps no great surprise that future Short Wheelbase owners can look forward to a driving experience which rewards and reassures in equal measure.

Nic Rutherford, Project Lead Engineer for the Short Wheelbase, explained his approach to the challenge: â€œWeâ€™re using the platform and chassis from the Ferrari 550 Maranello, which from the start struck the right balance with a broad level of dynamic excellence, but not so highly-strung to be out of kilter with the Short Wheelbaseâ€™s character. We then needed to adapt the chassis to reflect the significant changes made in the carâ€™s design.â€

While the Short Wheelbase retains the 550â€™s wheelbase dimension and suspension pick-up points, its weight, aerodynamics and overall balance are significantly different. As a result, Nicâ€™s team swapped the 550â€™s active Bilstein dampers for bespoke passive Ohlins units tuned to suit the new carâ€™s dynamic brief. Springs rates and anti-roll bar (ARB) thicknesses were also developed specifically for the lower-weight Short Wheelbase, along with a reduction in ride height for improved control.

Nicâ€™s team also discovered some happy consequences of reducing the 550 bodyâ€™s front overhang: â€œWhile it hasnâ€™t affected the overall front to rear weight distribution versus the 550, it has moved more of the carâ€™s weight towards the centre of gravity, which obviously has benefits in terms of driveability. We also relocated the battery from the engine bay to the boot, which improved the balance still further.â€

The Short Wheelbaseâ€™s aerodynamics, being different to those of the 550, also had a bearing on the carâ€™s dynamics. CFD (Computational Fluid Dynamics) testing allowed the team to predict lift characteristics at high speed, introducing another element of tuning into the mix.

Wheel design was critical to the overall appearance of the Short Wheelbase, too, with its 18-inch alloy rims designed in-house, and its Pirelli P-Zero Rosso tyres selected for their suitability with the new carâ€™s chassis set-up. â€œWe had the option of going with a bespoke tyre,â€ explained Nic, â€œbut we needed to future-proof maintenance of the car for owners in different markets, so having the reassurance that the Pirelli tyre will be in production for the foreseeable future was crucial.â€

Finally, chassis stiffness â€“ which has an important bearing on any carâ€™s handling and composure â€“ is likely to be improved for the Short Wheelbase. While the 550 Mâ€™s steel backbone chassis carries over, its largely aluminium body is replaced by a composite structure, with all the attendant benefits in rigidity.

RML is now in the final stages of bringing the Short Wheelbase to market, with â€˜Car Zeroâ€™ ready in October ready for press evaluation, ahead of first customer cars being delivered in Q1, 2022.