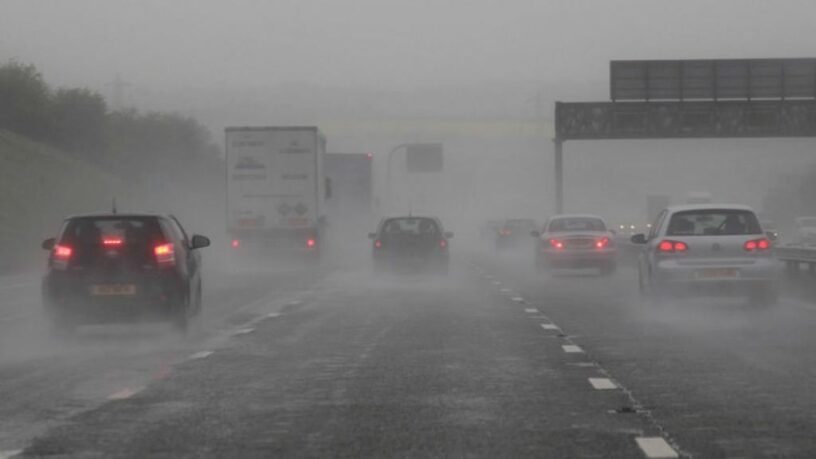 Nearly three-quarters of drivers (72%) would like to see the standard 70mph speed limit on motorways reduced in wet weather to improve road safety and encourage better driving habits, RAC research has found.*

Of 2,100 drivers surveyed, a third (33%) said the limit should be reduced to 60mph in the wet, while 7% think it should be cut to 65mph. Seventeen per cent of drivers would like an even lower limit of 55mph or even 50mph, while 14% would like to see the limit cut but arenâ€™t sure by how much.

The RAC understands France is currently the only country in Europe to have speed limits that are reduced during inclement weather, with the 130km/h (80mph) limit reduced to 110km/h (68mph â€“ a reduction of around 12mph). While there are significantly more motorway fatalities in France,** 806 people were still killed or seriously injured on motorways in Great Britain in 2019, with around a 30% of these casualties (246) occurring when the road surface was damp, wet or flooded â€“ a figure higher than four years earlier (208).*** Official figures also show that wet roads and drivers travelling too fast for the conditions were respectively the cause of some 259 and 242 motorway collisions in 2018.****

Of the reasons given by drivers who advocate lower motorway speed limits in the wet, 78% said they felt lower limits would encourage some drivers to slow down, while 72% believed it might save lives, so is worth trying. Two-thirds (65%) said slower speeds might improve visibility with less spray from moving vehicles, and half (53%) felt it would reduce overall vehicle speeds, even if some people ignored the lower limit.

Among the fifth of drivers (21%) who are against the idea of a lower motorway speed limit in bad weather, a majority said it was because most drivers already adjust their speed to the conditions (54%), or because there would be difficulty in defining when the new limit should apply (60%) â€“ for instance, whether it would apply whenever the road surface was damp, or only while rain was actually falling. Four-in-10 (42%) said many drivers choose to ignore existing speed limits anyway and a similar proportion (41%) thought drivers wouldnâ€™t obey a lower motorway limit.

When asked whether a lower speed limit in the wet should be posted on stretches of motorway that already feature variable speed limit signage, including smart motorways, 73% of drivers were in favour, with 15% against the idea and 11% unsure.

â€œStatistically, the UK has some of the safest motorways in Europe but itâ€™s also the case that there hasnâ€™t been a reduction in casualties of all severities on these roads since 2012, so perhaps thereâ€™s an argument for looking at different measures to help bring the number of casualties down.

â€œOverall, our research suggests drivers are broadly supportive of lower motorway speed limits in wet conditions, as is already the case across the Channel in France. And while most drivers already adjust their speed when the weather turns unpleasant, figures show that â€˜driving too fast for the conditionsâ€™ and â€˜slippery roadsâ€™ are still among the top 10 reasons for motorway collisions and contribute to significant numbers of serious injuries and even deaths every year.****

â€œThere would also be a number of practical hurdles to be overcome such as deciding what that lower limit would be, updating the Highway Code and fitting roadside signage to inform drivers of the new limits.

â€œFinally, itâ€™s worth remembering that an increasing number of stretches of motorway no longer have permanent 70mph limits, as all smart motorways feature speed limits which are automatically adjusted to ease congestion based on traffic flow. With digital signs now so commonplace, arguably the means exist to conduct a trial to see whether there are safety benefits of setting different speed limits in inclement weather.â€

Highway Code Rule 227Â states that stopping distances in wet weather are at least double those required for stopping on dry roads. This means the typical stopping distance at 70mph in dry conditions of 96 metres (315 feet) is extended to at least 192 metres (630 feet) in the wet, the equivalent of 48 car lengths. For more information, seeÂ this pageÂ on the RAC website.

Serious casualties on Great Britainâ€™s motorways â€“ when the road surface is damp, wet or over 3cm flooded***