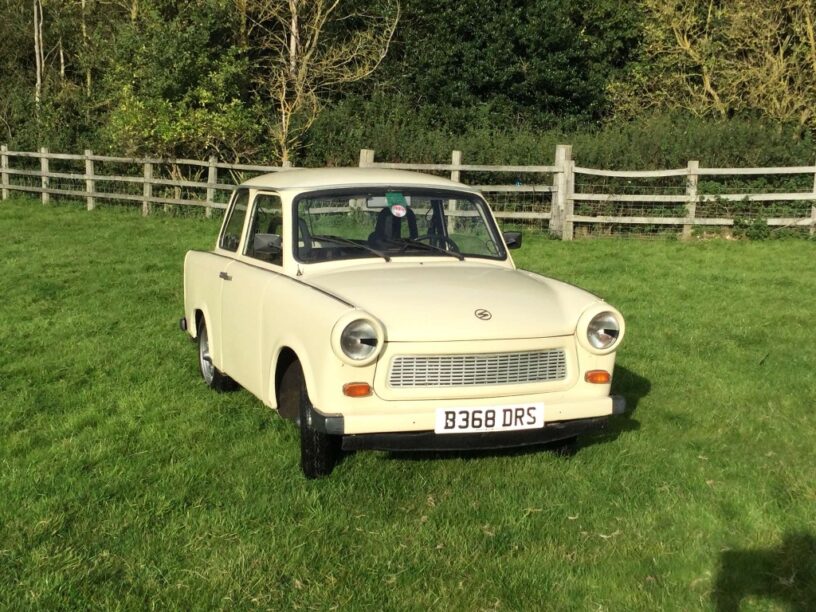 Silverstone Auctions’ final sale of 2021 is taking place on the 12th – 14th November as part of The NEC Classic Motor Show.

On sale across the weekend are number of exceptional vehicles, offered at ‘No Reserve’, meaning lots will sell with no restrictions – with the highest bidder securing the car. Simply, the highest bid wins.

Finished in Mugello Blue, is a remarkable 2007 Audi RS4 (B7). The car has been owned and stored by its first owner for most of its life, accumulating only 217 miles from new.

Built in 1985 is a lovely Trabant P601, with only two previous family keepers. This East German example was imported into the UK at the time of the fall of the Berlin wall, and later UK registered in 1992. This is a rare opportunity to acquire a sought after and desirable ‘retro’ icon. A real head turner.

Finished in brilliant Arctic White is the 1987 Volkswagen Golf GTi Cabriolet, a collectable modern classic with just over 56,000 miles on the clock. This drop-top version of the original hot hatch was specifically manufactured by Karmann Automobile Company in Osnabrück, Germany.

Two more special examples set to be sold include a ‘Red 5’ Williams F1 Display Car, thought to be one of three ever built. The car was part of a private collection and remains in immaculate condition with original Brembo brakes and Alcantara-covered carbon race seat. Although for display purposes only, it is a rare opportunity to acquire what is thought to be the only surviving factory-built FW14 vehicle.

Last on the list is a 2015 Land Rover Defender SVX, famed for its part in the James Bond film, ‘Spectre’. Originally modified by Bowler Motorsport for Jaguar Land Rover’s Special Vehicle Operations division, the vehicle was specifically designed to use in the 007 franchise. The firm transformed ten production vehicles into the SVX Concept / Spectre Defenders. This car was used for a snow scene during filming; dramatically ending with a crash into Bond’s Britten-Norman Islander plane. Thought to be damaged-beyond-repair, the Bowler team got to work to return the vehicle to perfect working order at a cost of £46,000. Lauded as the ‘real deal’ and a genuine piece of Bond movie history.

Silverstone Auctions’ Sales Manager Gary Dunne adds, ‘No reserve lots give individuals a fantastic opportunity to bid on a vehicle, knowing there is not a minimum threshold to meet. There are some unique and special cars going up for this auction; the highest bidder wins. It doesn’t get more exciting than that.’

All these cars will go on sale on Saturday 13th and Sunday 14th November at the NEC Classic Motor Show. To find out more information on the vehicles featured in this article, and other lots up for sale, visit the Silverstone Auctions website at silverstoneauctions.com.

Bidding for this auction is available in person, by telephone, online, or via commission (pre-bid) for all our classic car, motorcycle and automobilia sales.

To register to bid, please log in or create an account via the Silverstone Auctions website. Alternatively, you can email bid@silverstoneauctions.com or call us on 01926 691141 with any queries.