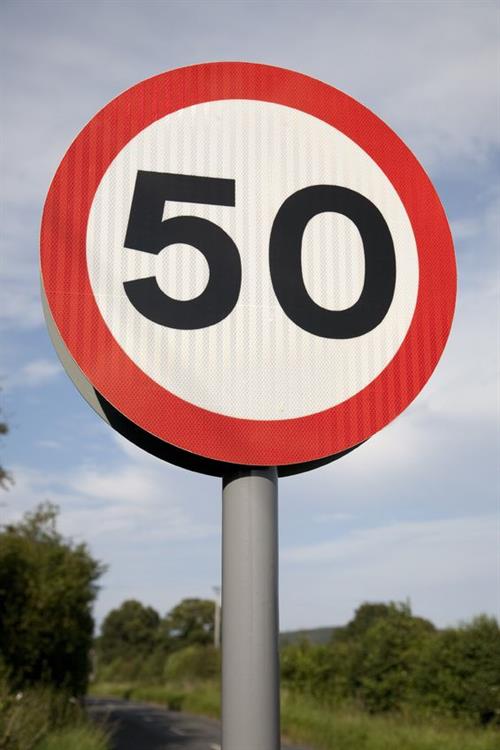 New research released for National Road Safety Week 2019 reveals the most effective measures in tackling the habits of speeding motorists. The figures show that 44% of Britain’s motorists have been caught speeding and of these, more than half (54%) have gone on to reoffend, suggesting that more work needs to be done to convince drivers of the dangers of excessive speed.

The research for Kwik Fit, the UK’s largest automotive servicing and repair company and supporter of Road Safety Week, shows the approaches which have been most effective in reducing the number of drivers who commit multiple speeding offences, currently one in four (24%) of all motorists. The data reveals that of those drivers who attended a speed awareness course after their first offence, 60% said they have not been caught speeding a second time, a reoffending rate of 40%.

This compares to a reoffending rate of 58% for drivers who were given a verbal warning by the police, 55% for those who received three penalty points and a fine and an astonishing figure of 90% of those given six points and a fine.

Of those drivers attending a speed awareness course after their first offence, 4% admit that they have gone on to commit four or more offences in total. This is half the proportion of those who received three penalty points and a fine (8%) and a quarter the rate of those receiving six penalty points and a fine (16%) for their first speeding offence.

Despite this evidence of their effectiveness, the research found that many drivers have the perception that a speed awareness course would be less impactful on their behaviour than other factors. Only 24% of drivers said going on a speed awareness course would be highly impactful on their speeding, compared to 39% for having received penalty points, and 43% for having a limited time driving ban. Unfortunately, the factor cited by drivers as having the biggest impact on their speeding would be the most dangerous – the involvement in an accident where speed was a factor (49% said this would be highly impactful).

Road safety campaigns often stress the importance of drivers demonstrating good habits to younger passengers, yet less than a third (32%) say that setting a good example to their children would be highly impactful on their speeding. Technological aids to control speeding do not seem to be convincing drivers of their benefits. Only 23% of motorists said setting a vehicle’s cruise control or speed limiter to the speed limit would be highly impactful on their speeding, despite this being the precise function of these vehicle features.

Roger Griggs, communications director at Kwik Fit, said: “During Road Safety Week it is vital that we all focus on the ways we can improve safety for all road users. One of the biggest dangers on our roads is excessive speed, and the findings of our research indicates that speed awareness courses have a greater impact on drivers’ behaviour than many perceive. Of course, while any measure which reduces the number of drivers repeatedly speeding is hugely welcome, we must focus on educating drivers not to speed in the first place – drivers should not need to be caught to be given a wake up call.”

This week Brake, the road safety charity is urging everyone to “Step Up for Safe Streets” by leaving their car at home where possible or pledging to be a safe driver – always keeping within speed limits and never drinking or taking drugs and driving. Kwik-Fit is a partner of Road Safety Week 2019, and is backing the campaign for safe streets, offering free vehicle safety checks at its centres across the country.

For the latest news and updates from Kwik Fit, customers can also follow the company on Twitter at @kwik_fit.