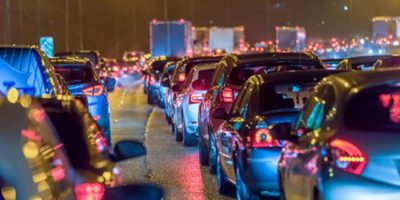 Speedy Fuels says the UK should mirror Sweden’s approach to switch from fossil fuels to biofuels to help meet its net-zero carbon target by 2050.

The Swedes passed legislation in 2017, making biofuels tax exempt, which led to a 124% increase in Hydrotreated Vegetable Oil (HVO) biofuel sales in October 2017 compared to October 2016.

Renewable fuels accounted for 20.4% of all transportation fuel supplied to vehicles during 2017, a new Swedish record. Green diesel alternatives, such as biodiesel and HVO biofuel took up 28% of the diesel market, of which 83% was HVO biofuel.

Danny Woods, operations manager at Speedy Fuels says that, while there is “considerable interest in HVO and other fossil-free alternatives” in the UK, the price is a “massive hurdle” to the widespread adoption of greener fuels.

Biofuels in the UK are subject to the same taxes and duties as regular diesel (currently 57.95p per litre plus VAT at 20%).

Woods continued: “As part of a wider group, we’ve been able to minimise supply and storage costs, passing these savings to our customers. But when the majority of a fuel’s price is fuel duty and other taxes, there’s little more that we and other suppliers can do to encourage customers to make the switch.”

HVO, which can be produced from a wide variety of materials containing triglycerides and fatty acids, is commonly referred to as renewable diesel.

Speedy Fuels says it reduces greenhouse gas emissions by up to 90% when compared to regular diesel as well as NOx and particulates. It can also be used as a drop-in replacement for regular diesel and gas oil with the approval of several major OEMs.

Manufacturers that have approved the biofuel, include: Volvo; Scania; DAF; Iveco; Renault; Citroen; and Peugeot; Volvo.