Synthetic fuel development crucial for classic and collector car industry, as 76 per cent of owners favour e-fuel over electric conversion in net-zero future 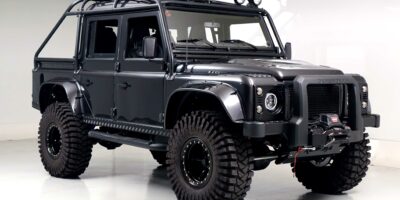 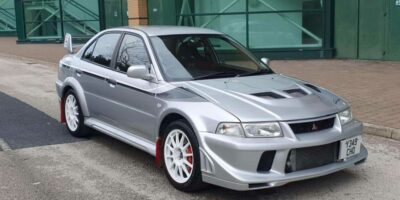 Synthetic fuels are the favoured zero-emission alternative for over three quarters of classic and collector car owners, Footman James has found. Asking its audience ‘How do you think you would power your classic / collectable car if petrol or diesel wasn’t available?’. 76 per cent voted for synthetic fuels, and the other 24 per cent thought they would convert their classic / collectable car to run on electric power. The results show the importance of affordable sustainable fuels being easily available to power classic and collector cars in the future.

Polled during its Coffee & Chrome event earlier this month – where classic, collectable and rare vehicles are displayed at the Footman James-organised gathering – the audience responded to the question concerning how classic car owners will power their cars in the future. With the majority voting that they would power their cars with synthetic fuels, the rest of the respondents thought that they would convert their petrol- or diesel-powered cars to run on electricity, thereby swapping the engine for a fully electric system in its place.

While Footman James recognises the classic and collector car industry makes up a small part of the 34.4 million Internal Combustion Engine (ICE) cars (including hybrids) on the road today, it is specifically looking at how UK drivers may power their ICE cars at a point some decades away when petrol or diesel is no longer available.

Discussing the results with the Historic and Classic Vehicles Alliance (HCVA), a ‘not for profit’ organisation whose mission is to protect and promote the sector and secure its long-term future, agrees e-fuels can be a sustainable method – both manufacturing and infrastructure to deliver the fuel – to power classic cars in the future. It campaigns on behalf of individuals and companies in the classic vehicle world including specialist restorers, dealers and parts suppliers. Among the HCVA’s early achievements is its campaign to raise awareness of challenges around the introduction of E10 fuel, and additionally it has a strong belief in sustainable fuels. As an organisation it also projects that the sector estimated to have an annual turnover of £18.3 billion.

“This is a fascinating question, and one that we are often asked,” comments Chief Executive of the HCVA, Garry Wilson. “The reality is that if people want to keep running their classics on petrol, there will be plenty available for several decades to come. My main message is don’t panic. Most of us will not have to make this difficult decision.”

Expanding on the question, Wilson believes it’s very much a personal decision. “Some classics are deeply impressive converted to electric, but do it because you like how they drive, not because you think you are contributing to saving the planet, which you won’t be unless you drive it enough miles to recover the CO2 spike caused by battery manufacture,” he emphasises. “Sustainable fuels on the other hand are a drop-in solution that, when they become widely available, we can all use without any modifications to our engines, slashing our carbon emissions immediately to 80 per cent of net-zero. That’s a huge environmental win that also protects the character of our classics.”

While classic cars are said to be some of the most sustainable vehicles on the planet, car owners, as proven within Footman James’ recent Indicator Report, which studied the classic and collector car industry, are concerned about how they will fuel their cars in the future. Within said Indicator Report study, 47 per cent stated they felt the pressure of environmental scrutiny on classic cars that the climate change debate brings. Alongside this, the rising cost and availability of high-octane E5 fuel, designed to be more suitable for older and more powerful vehicles (in comparison to E10, which caters for more everyday, modern engines) puts the pressure on owners further, thus proving the automotive sector needs to look at alternatives.

Managing Director of Footman James, David Bond said: “After polling our Coffee & Chrome attendees, I’m pleased to hear that they’re thinking about the future and how they may be able to align their classic cars with a net-zero future. Understanding the power that alternative fuels have for our [classic and collector car] industry, shows not only a potential positive outlook ahead, but also highlights to organisations the power that e-fuels have to secure ICE cars’ relevance and sustainability in the future. After all, if we can keep more cars on the road rather than manufacturing new, that will save millions of tonnes of embedded carbon.”

Synthetic fuels, or e-fuels, are made from bio waste, itself being a product of biological organisms such as plankton and algae that absorbed energy from the sun millions of years ago, or other synthetic CO2-neutral masses. Not only are they less harmful to create, i.e. not using oil-based raw materials to make the fuel, but when synthetic fuels are burned, they also produce fewer harmful emissions. While some large vehicle manufacturers are investing in synthetic fuels, it’s widely reported that synthetic fuels may be one alternative way to power vehicles that have already been made and, due to the petrol pump infrastructure already in place, work best for classic or performance vehicles.

The poll took place in October 2022 with 728 confirmed individual answers given.