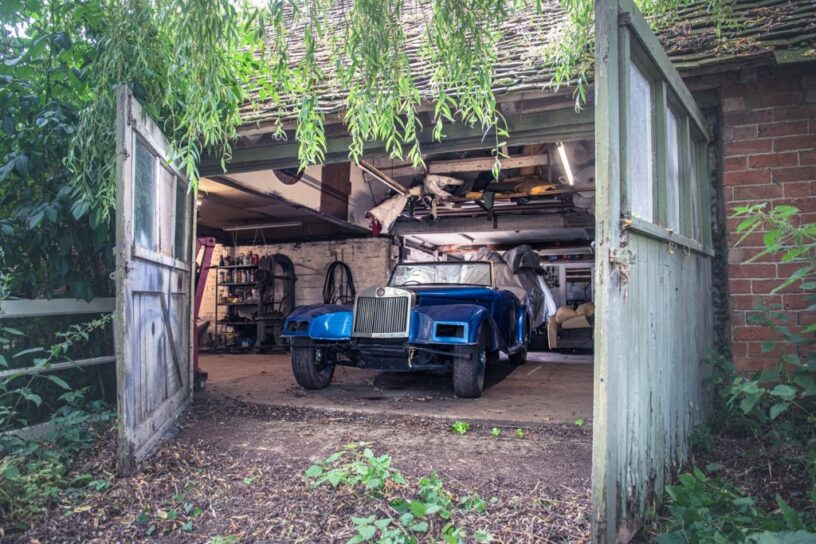 Classic Car Auctions (CCA) next sale will see a hugely rare car form part of the catalogue,Â the final production Ace of SpadesÂ which remains unfinished and is offered directly from the former Lea-Francis Cars Ltd owner, Barrie Price.

Mr Price, a Midlands engineer and entrepreneur, purchased the company in 1962 and in 1980 he and his friend, the late Peter Engelbach, decided to produce a new carÂ and launched theÂ distinctive ‘3-litre Sports’ using a ladder-type box-section chassis frame, with a hand-crafted aluminium body. At the 1992 Motor Show a longer version was shown, which revived the name Ace of Spades.

Five Ace of Spades were built to order in either short or long chassis configuration. The car offered here by CCA is the sixth and final example, chassis #5506. Its build was suspended in 1990 and therefore has remained unfinished its entire life. Accompanying the car is a letter of provenance from Mr Price which details his intentions to sell the car, as well as a fitted brass plaque which confirms the chassis and engine numbers.

Gary Dunne, CCAâ€™s Sales Manager commented: â€œThis is a rare opportunity, and we are delighted to offer chassis #5506 on behalf of Mr Price in ourÂ Practical Classics Classic Car and Restoration Show Sale. Whilst the car requires a degree of work, finishing it is both exciting and special as it is one of just six!â€.

Significantly, the Ace of Spades will be offered without reserve, on Saturday 25thÂ September at Stoneleigh Park in Warwickshire. The CCA website not only details a series of photographs but a video from David Harper to which focuses on the car as well as featuring Mr Price too.