The greatest shows on earth… 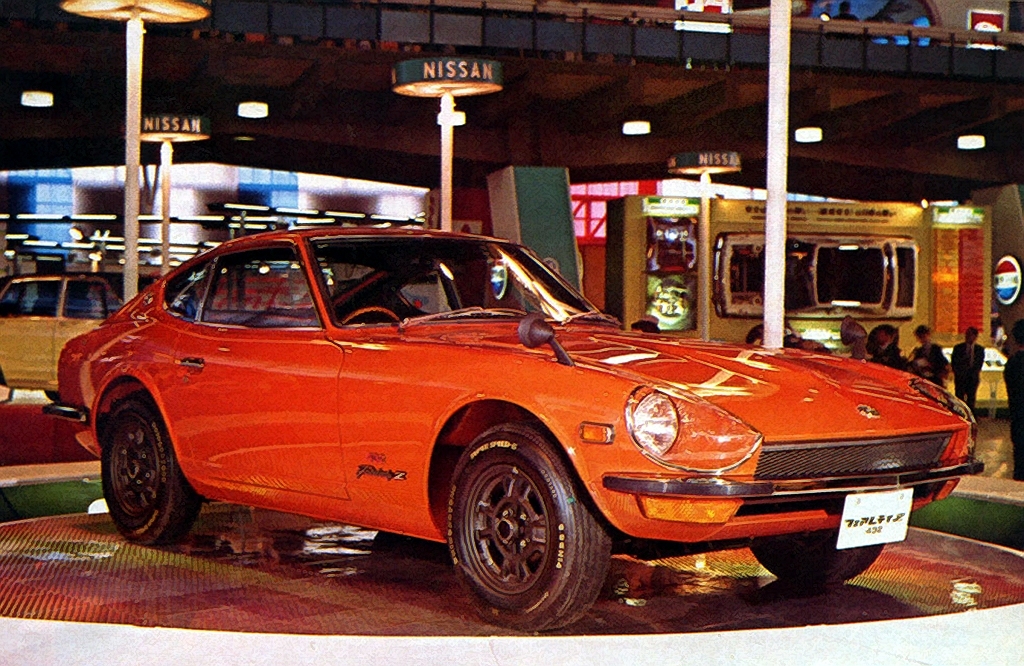 The British Motor Show returns in 2020 on the back of an incredible history of Motor Shows that mark Britain out as one of the most significant shows in the world.

After careful consideration, the team – which has over 150 years of automotive experience behind it – has chosen the 10 shows that have had the biggest impact on the car industry over the years. They are:

1948: As Britain emerged from World War Two, ‘Export or Die’ was the message. The 1948 Show at Earl’s Court was a major part of this and saw three very important British cars make their debuts – the Morris Minor, the Land Rover and the Jaguar XK120.

1959: On the cusp of the ‘Swinging Sixties’, car design was in the middle of a golden era. The 1959 show saw three major volume cars that served the same market but were all very different – enter the Mini, the Triumph Herald and the Ford Anglia.

1968: the ’68 show had the eyes of the world’s media on it as the newly-formed British Leyland was there to show its wares, but they had nothing new. Instead, the big news was that foreign imports had surpassed 10% of the market for the first time – today, it’s over 80%. Back then, the biggest selling import was the VW Beetle.

1969: Just a year later, Britain was back. The Jaguar XJ6, Ford Capri, Austin Maxi and Rover 3500 made their debuts – but so did the Datsun 240Z, the first Japanese car to achieve real commercial success.

1976: The two stars of the 1976 show were very different beasts. From Germany came the first ever ‘hot hatch’, the VW Golf GTi, while the homegrown star of the show was the Rover 3500 ‘SD1’, the company’s first executive hatchback.

1980: Three of the best-selling cars ever made appeared at the 1980 show – the Vauxhall Astra, which is celebrating its 40th birthday by still going strong, and the Austin Mini Metro, which isn’t. But at the time it was the most important British car in a generation. The show also saw the third generation of Ford’s legendary Escort hit the road.

1990: A decade on and it was the Ford Escort Mk 5 that was headline news, but it had to fight for column inches against the Renault Clio and Honda NSX, both of which made their UK debuts at the event.

1998: It was back to ‘Britain is best’ for the 1998 show, with major launches in four different corners. Enter the Ford Focus and Land Rover Discovery Series 2, but the pair of them were usurped by two British manufacturers following a similar but different ‘retro’ path – the Rover 75 and Jaguar S-TYPE.

2006: The British Show returned in 2006 after a hiatus and to make sure it made an impact it was used as the global launch for the all-new Vauxhall Corsa, which has only just gone out of production 14 years on. To mark the occasion, Vauxhall flew a new Corsa along the Thames suspended from a helicopter.

2020: The British Motor Show has an all-new venue and management team for 2020, with the promise of major international launches and a global presence once again. Make sure you follow us for all the latest details and attend the show at Farnborough International on August 20th-23rd.

The British Motor Show CEO, Andy Entwistle, said: “The British Motor Show has a strong heritage and a reputation for being one of the world’s most significant car shows behind it. In 2020, we want to demonstrate the importance of the UK to the global car industry both in the past, today and tomorrow, which is why all three elements are essential to this innovative new concept, which brings a new dimension to the idea of an international motor show.”

The organisers are expecting over 50,000 visitors through the doors between August 20th-23rd, dates which have been chosen to coincide with school holidays and make it as accessible as possible for all visitors.

Tickets for the show will represent terrific value at £18.50 for adults or £37 for families with up to two children.