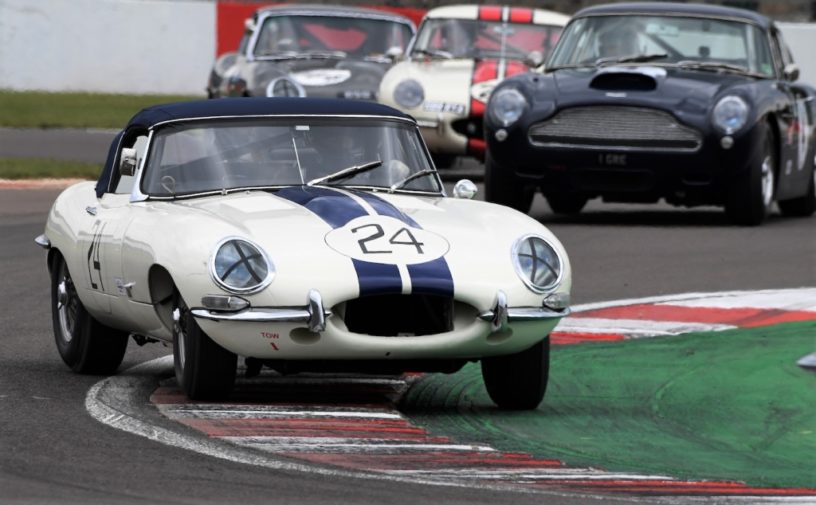 Motor Racing Legends is delighted to announce a one-day meeting to be held on the full Silverstone Grand Prix Circuit on Sunday October 25th.

The highlight of the day will be an entirely new three-hour race for Pre-â€™66 GTs and Touring Cars and Fifties Sports Cars, named in honour of the Royal Automobile Clubâ€™s iconic Tourist Trophy.Â  The race will run three classes: Pre â€™66 (GTs and Touring Cars); Pre â€™63 GTs; and Pre â€™61 Sports Racing Cars. It is therefore open to a vast array of racing machines from Cobras and Jaguar E-types to period touring cars such as Ford Falcons and Mustangs; Austin-Healeys and MGBs to Lister Jaguars and Lotus 15s.

Entrants will be encouraged to form teams of three cars â€“ one from each class â€“ and the Royal Automobile Club Historic Tourist Trophy will be awarded to the overall winning team. The race will feature refuelling stops; and each car can be driven by up to three drivers. The event will be sponsored by DK Engineering who are the current partners of the Motor Racing Legends Pre â€™63 GT grid.

The meeting will be based in the Silverstone International Paddock, a large paddock with plenty of space to comply with current Motorsport UK guidelines.Â  In line with current Silverstone Circuit operating policy the event will not be open to the general public.