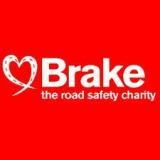 The UK is one of the EU countries making the “slowest progress” towards targets to reduce road deaths, according to a new report from the European Transport Safety Council[1].

Commenting on today’s report,Â Jason Wakeford, spokesman for Brake, the road safety charity, said:Â “Reductions in the numbers killed on UK roads have stagnated in recent years. Road deaths fell by just 1.4% between 2010 and 2016 – way short of the EU target. All other EU countries, with the exception of Lithuania, Malta and Sweden, have made better progress and urgent action is needed.

“It’s a disgrace that there are currently no UK targets for reducing the number of road deaths and we are calling for a UK target to be set as a priority for the Government.

“We need the creation of a Road Collision Investigation Branch, to help better understand road crashes so that lessons can be learned to prevent future deaths, alongside extra police resource for traffic enforcement.