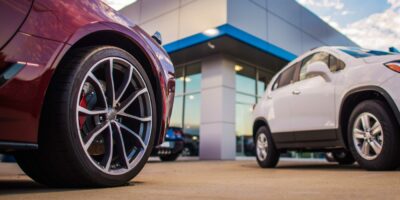 Whilst recent industry figures show used car sales fell in Q3, due in large part to the ongoing dearth of available stock, the latest data from Auto Trader’s Retail Price Index reveals used car prices remain stable. In fact, the average price of a used car increased to £17,863 this month (to-date[1]), marking an increase of circa £300 on October’s average prices[2], and around £500 on September.

Highlighting the stability of used car prices, despite the current economic backdrop, Auto Trader’s data, which is based on daily pricing analysis of 900,000 vehicles across the market, shows that on a month-on-month (MoM) basis, prices have been neutral or risen for five consecutive months. On a year-on-year (YoY) and like-for-like basis, average prices this month are up 5.1% on November 2021, during which prices were up a massive 29% on November 2020.

The stability in prices is due to the ongoing demand and supply dynamics in the market. Although consumer demand is softening against last year’s record highs, levels remain comparatively robust, which coupled with the ongoing squeeze in both new and used car supply, is keeping prices buoyant. In addition, there are no imminent signs of significantly higher levels of supply coming into the market to upset those dynamics in the near term.

A further indicator of market health is the speed in which used cars are leaving retailers’ forecourts. The latest data shows that used cars are taking an average of 27 days to sell in November, which is one day faster than last year (28), and four days fewer than 2019 (31). What’s more, consumer engagement seen on Auto Trader remains healthy, with the volume of advert views on its marketplace increasing 1% on November 2021, and a significant 14% on pre-pandemic November 2019.

Consumer sentiment survey points to limited impact on buying intentions
Despite growing economic pressures, the latest findings from Auto Trader’s consumer sentiment survey, conducted in October, suggests a limited impact on buying intentions so far. Out of circa 2,000 car buyers, 42% intend to purchase within the next two weeks, which is up from 40% in September, whilst nearly a quarter (24%) intend to purchase within the next three months. What’s more, Auto Trader continues to see at least 80%[3] of surveyed consumers visiting its marketplace stating they’re as confident in being able to afford their next car today as they were last year, if not more.

More broadly, cars are, for the vast majority of motorists, a fundamental need as opposed to a discretionary luxury. This was highlighted in a separate Auto Trader study[4] which found that more than three quarters (77%) of the 2,002 car buyers surveyed, needed a car to get around, which is up from 71% in pre-pandemic February 2020.

Auto Trader’s Data and Insights Director, Richard Walker, commented: “The exceptional market dynamics we’ve seen over the course of the pandemic has shifted average prices up dramatically – around 47% on 2019 levels. But whilst we continue to hear reference to a figurative cliff edge, or prices set to collapse, we still see no evidence of it. Based on what we’re tracking across the whole retail market, as well as forward views of supply chains, there’s mothing to suggest anything other than a return to relative normality now that those dynamics have been absorbed and new equilibrium seems to be stabilising.”

EV prices soften as electric supply strengthens
Looking at the data at a more granular level, ICE vehicles are recording a trend similar to the wider market, with the average price of a used petrol and diesel increasing £237[5] and £84[6] respectively between October and November MtD. The average price of a used electric vehicle (EV) however, has dropped from £39,166 in October to £38,021 in November MtD – a fall of £1,145. This is a result of a number of factors, not least the significant increase in the levels of supply in the market (the volume of EV adverts on Auto Trader is up over 200% YoY).