Almost half of motorists support making 20mph the new 30mph 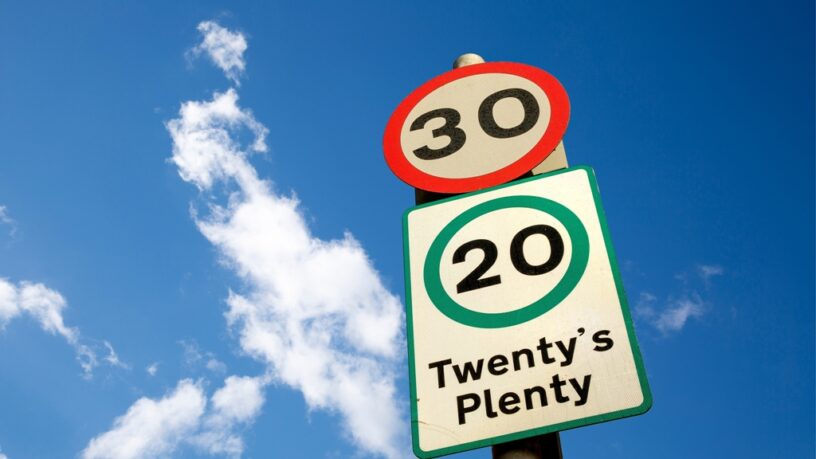 New research by IAM roadsmart, the UKâ€™s largest independent road safety charity, reveals that support for reducing the speed limit on all urban roads from 30mph to 20mph has increased in recent years with almost half of drivers now in favour.

Overall, 44% of drivers surveyed agree all current 30mph limits should be replaced with a 20mph limit, a 13% increase from the same representative sample surveyed in 2014.

Crucially, areas outside schools were seen as the highest priority for reducing speed limits to 20mph, receiving support from an overwhelming 89% of respondents.

The main reasons put forward by supporters of a blanket reduction in the speed limit are to â€˜make the roads saferâ€™ (49%) and â€˜reduce accidents / saving livesâ€™ (24%).

Meanwhile, those against argue that 20mph is too slow and that individual roads or areas should be considered rather than a blanket ban.

Significantly, just over half of drivers, 54%, would like the road outside their home to have a 20mph limit, much higher than 44% when the survey was last conducted seven years ago, possibly indicating that lockdown may have made people more aware of their immediate environment.

â€œEach situation needs to be decided on a case-by-case basis, with local considerations and consultation playing an important role.â€

Further findings from the study found strong support for a â€˜soft touchâ€™ for drivers caught speeding up to 30mph in a 20mph zone, with 64% of respondents favouring a tailored driver education course rather than a fine for offenders.

Neil added: â€œThe key requirement for any 20mph zone must be that it is self-enforcing and self-explaining through signposting and road markings that makes sense, or by installing high quality traffic calming features.â€

For more information about IAM roadsmart, which helps to improve driving and riding skills through courses and coaching, visitÂ www.iamroadsmart.com.