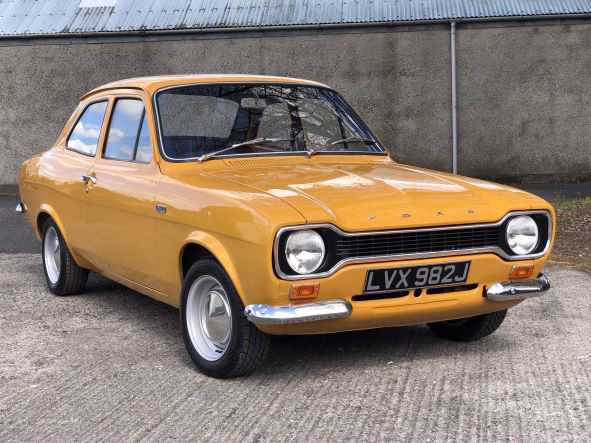 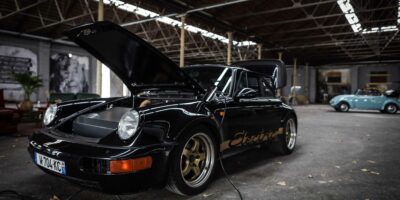 Avid Ford enthusiasts have the extremely rare opportunity to acquire a 1971 Mk1 Ford Escort RS1600 originally owned by the manufacturer. Leading specialist online auction site Car & Classic is offering the car that features the now legendary factory ‘LVX’ registration and features ‘Show Car’ on its body plate. Continuous history documentation, including a correctly-titled V5 and its original green logbook in Ford’s name, is available with the refreshed car.

Although not the first RS-badged Ford (Taunus), the RS1600 is considered by many as the genesis of the fabled line of performance Fords. It was the product of Ford’s AVO (Advanced Vehicle Operations) division created to offer performance to everyday car buyers. The RS1600 used the BDA, Cosworth’s first production engine. The RS1600 was a huge success both on the rally stages, including winning the RAC Rally in 1972, ‘73 and ’74, and a front runner in saloon car racing.

A true survivor, this Maize Yellow Type 49-bodied (strengthened) RS, avoided conversion into a competition car and has resided in Northern Ireland for the past 50 years since its purchase from Ford in 1972. It has just received a ‘glass out’ and comprehensive paint and body refresh. Unlike many RS1600, this example still has its 13” steel wheels and hubcaps.

Anyone who has enjoyed the sonorous, gurgling rasp of the BDA, bouncing around the forests, will appreciate the freshly rebuilt 115bhp unit that is incredibly the same engine it was first built with, at Ford’s Advanced Vehicle Operations’ Aveley facility.

Inside, the Escort retains its original trim, save for freshly reupholstered sports seats. Probably because of the glorious sound of the BDA, no owner has felt the need to have a radio fitted, but the driver can focus on the correct RS1600 six-dial dash, with additional oil temperature and ammeter instruments.

With so few surviving examples, a version with continuous history and never having seen action on the stages, this RS1600 is estimated to reach £65,000. “This is a true icon in Ford’s sporting history and as one of the first cars to sport the hallowed badge here in the UK, it’s expected to be a target for those Ford fans seeking what many consider to be the most revered and rarest,” says Chris Pollitt, head of editorial at Car & Classic.

The auction starts on May 11th and runs for seven days.