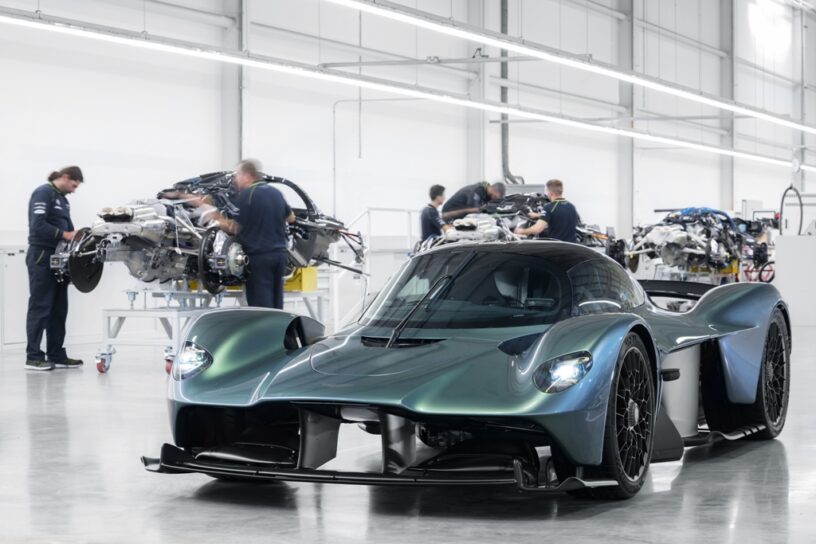 Aston Martin Chief Executive Officer, Tobias Moers commented: “It is an immensely proud moment for us to complete our first ever hypercar. The Aston Martin Valkyrie programme has tested everyone who has worked on it to the limit but the commitment to the dream has produced a truly incredible car, an F1® car for the road. The Valkyrie is born out of the steadfast dedication of a large group of highly skilled engineers and technicians who have worked tirelessly to get Valkyrie to the production stage. I’m sure our customers will be delighted with what they have achieved.”

Like all Aston Martin sports cars, Valkyrie is being built at the marque’s UK Headquarters in Gaydon. A dedicated project delivery team manages the build right through to delivery in a specially commissioned Valkyrie production area.  A team of highly skilled technicians are hand-building each of the 150 cars, with each Valkyrie taking over 2000 man hours to create.

Before each Valkyrie is delivered, it is track-tested at the Aston Martin high performance facility at the home of British Motor Racing, Silverstone where much of the development of the hypercar has taken place.

Boasting a hybrid V12 powertrain developing a maximum power of 1,155PS, the Aston Martin Valkyrie incorporates concepts and technologies taken directly from Formula One® and is set to be the era defining hypercar.