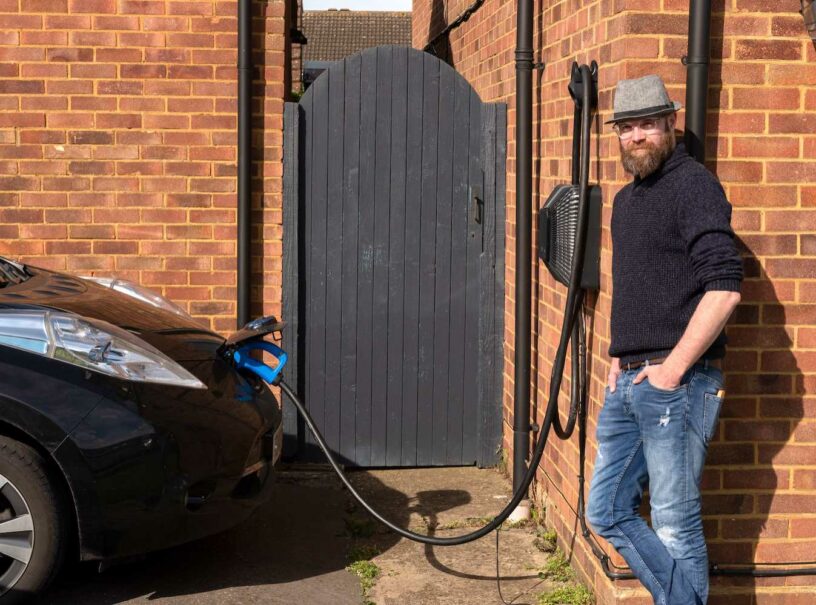 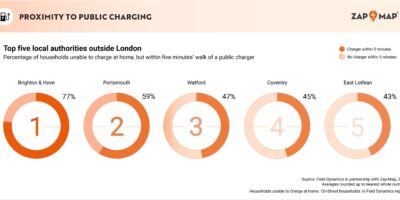 As increasing numbers of electric vehicles (EVs) are charged at home there will be more pressure on electricity networks, but a trial set up in Milton Keynes has found that this stress can be alleviated by the use of new charging technologies, and drivers using vehicle to grid chargers may be able to reduce their charging costs in some cases to zero.

The findings are from the Domestic Energy Balancing EV Charging project, delivered by CrowdCharge on behalf of Milton Keynes Council, with Flexitricity as the energy demand response partner.

Vehicle to grid (V2G) chargers channel energy between the grid and the user’s home and vehicle, and back again – importing and exporting energy based on the real-time demands of the energy network. This means that vehicles can be instructed to automatically charge when prices and carbon levels are low and can send power back to the grid to be sold when demand is high – while keeping enough for the needs of the driver.

Electric vehicle drivers in Milton Keynes trialled smart chargers and V2G chargers over the period of a year, and the project also involved households that had solar PV panels installed.

The trial showed that the combination of different technologies has the potential to reduce the load on the electricity grid from charging EVs, when used in conjunction with a smart charger and battery energy management platform.

The project also showed that there is the potential for EV owners to save money on energy costs. By the end of the trial, charge cycles for some participants were at least 40% cheaper than unmanaged charging.

Also, participants with V2G chargers were sometimes able to reduce their charging costs to zero by charging at cheap times and then powering their homes at expensive times. In total, participants saved a combined £2,242 during the trial – an average of £15 per user per month.

Participants were able to regularly reduce the carbon emissions of their charging by at least 25%. Those with V2G technology were sometimes able to charge with zero emissions during periods when they could use 100% renewable energy, and discharge at periods of high carbon intensity.

The traditional evening peak of demand therefore disappeared for these V2G users as they were running their homes from their cars during this peak time, therefore reducing the strain on the grid.

The project also revealed important learning points, including how technologies such as battery storage are currently difficult to integrate into home energy systems; more work is needed to overcome this.

The learning from this project will help the electricity industry to better manage the peaks in electricity demand caused by charging increasing numbers of electric vehicles, and to understand how new technologies may impact the system.

The platform used in this trial was from CrowdCharge. A range of new dynamic energy (or ‘flexibility’) services are due to be introduced in the UK energy market in the next 2-3 years.

CrowdCharge is now offering the energy optimisation services that were trialled on the project, and has V2G users on its platform. EV drivers with V2G are achieving real-life savings on their energy bills, especially when combined with the generation of energy at home from solar panels.

Cabinet Member for Climate and Sustainability Cllr Jenny Wilson-Marklew says: “This is yet another Milton Keynes project that will help tackle climate change by informing the wider industry on ways that they can make owning and running an electric vehicle more appealing. It’s shown that a combination of different charging technologies working together can help to balance the grid, which is becoming increasingly important as we head to a future where virtually all new cars sold will be electric.

“We look forward to implementing what we’ve learnt as part of our range of initiatives in Milton Keynes to future-proof our infrastructure for electric vehicles.”

Mike Potter, CEO of CrowdCharge, adds: “We’ve shown that different technologies can help prevent local electricity networks being overloaded, but the key is the intelligent management of such technologies. Successfully integrating these systems can mean that electric vehicle drivers can benefit from greener energy as well as energy cost savings.”

Residents in the Milton Keynes Council area with any make or model of electric vehicle were able to apply to be part of the Domestic Energy Balancing EV Charging project. To take part in the V2G element of the trial, participants had to have a Nissan EV with a battery capacity of at least 30kWh or more.

The project is publishing an assessment of the technologies used in the trial, and how they can work together effectively; more details will be available during summer 2022 at: https://crowd-charge.com