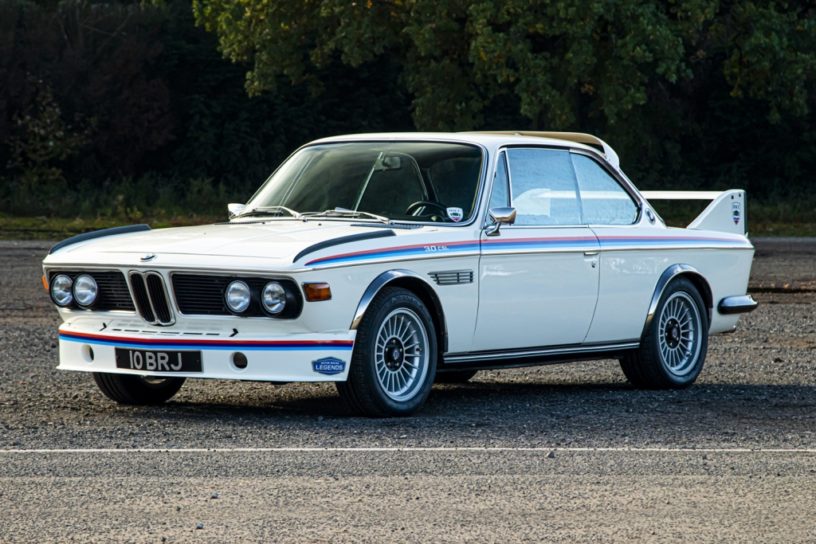 The catalogue for Silverstone Auctions final sale of 2020, The NEC Live Online Auction, is now complete. 150 classic and competition cars will be offered for sale over the two days, along with a selection of automobilia items and registration numbers, on 13thÂ and 14thÂ November.

Within the lot list there are a number of notable BMWs. Nick Whale, Silverstone Auctions Managing Director commented â€œWe are once again delighted with the catalogue of cars we have consigned for the sale and BMWs are a firm favourite with our audience. I am directly offering a veryÂ special trio of BMW M3s, which will be available to buy as a collection or, as individual lots.â€

The BMWs in this sale do not end there, aÂ 1980 BMW M1Â will also cross the block next month. One of just 400 road cars built, the original owner had the car modified by BMW Motorsport to incorporate the look of the wider M1 race car and the car retains this upgrade today. This example looks and drives superbly, is a Concours winning car and is accompanied by its comprehensive history file. Not to be missed in the auction, it is estimated at Â£385,000 – Â£435,000.

The last two BMWs to feature in this release, include a rareÂ 2002 BMW Z8Â with just 30,000 miles covered. Finished in Sparkling Titanium Silver Metallic these were a low production engineering masterpiece and now highly collectable. With a comprehensive history file, this particular lot is estimated at Â£160,000 â€“ 180,00. TheÂ 1973 BMW 3.0 CSL â€˜Batmobile Homageâ€™Â has been lovingly restored and built over a ten year period by a BMW enthusiast, with the help of Soper BMW of Lincoln, using a genuine 3.0 CSL as a basis. Superbly presented, it is estimated at Â£100,000 – Â£120,000.

All of the cars in the auction will be available to view, by prior appointment, at Stoneleigh Park in Warwickshire between 29thÂ October â€“ 12thÂ November. This viewing period gives buyers the chance to inspect vehicles of interest prior to the auction day, where bidding will be available online, by phone or commission. To book your appointment to view or to register to bid, contact the Silverstone Auctions team on 01926 691141.