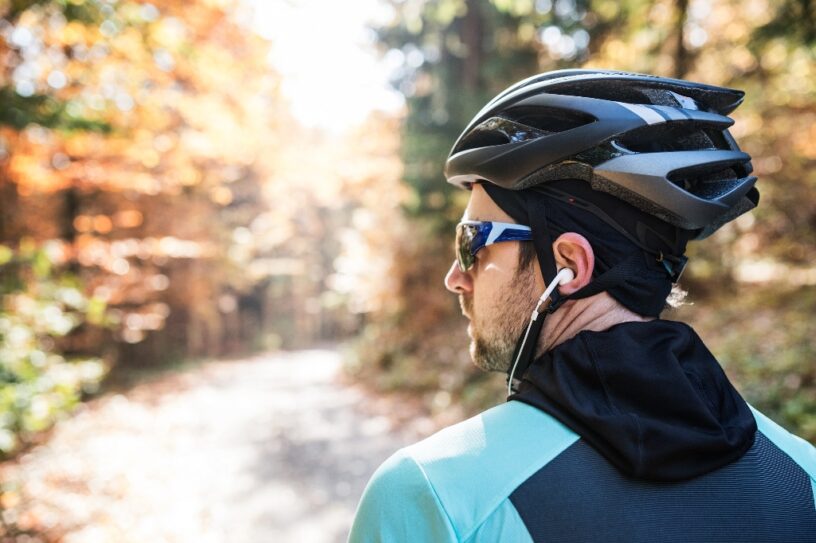 The UK’s largest independent road safety charity, IAM RoadSmart, is highlighting the findings from a recent survey which revealed that the majority of road users from around the world support banning people from wearing headphones while cycling and is calling for urgent debate on this important issue while changes to the Highway Code are being considered.

In the survey, conducted across 32 countries by the E-Survey of Road Users’ Attitudes (ESRA), two-thirds (65.8 per cent) of the 35,000 respondents internationally were in support of introducing a ban on cyclists wearing headphones. Support was a little higher in the UK where 68.2 per cent of people said that they were in favour of the ban.

Across Europe, support for the ban on cyclists wearing headphones varied. Spain felt most strongly about the introduction of the policy with nearly 80 per cent of all road users surveyed in that country voting in its favour. Finland however felt least strongly, with only one in three (36 per cent) believing the ban would be a good move. In Germany and Hungary, support for the ban was at similar levels to those in the UK at 69.8 per cent and 69.9 per cent respectively.

The European average was 66.5 per cent in support of the ban, with even cycle-loving Holland and Denmark showing small majorities in favour of new controls. This was matched in countries further afield, with most respondents supporting the ban on cyclists wearing headphones across North America, Asia and Africa.

Internationally, female road users were more in favour than males of a ban on  headphones or earbuds while cycling, and this was true across all of the continents surveyed: Asia (80 per cent), Europe (69 per cent), Africa (83 per cent) and North America (62 per cent).

Unsurprisingly, those aged 18 to 24 were most against the introduction of any controls on their personal listening habits and internationally an average of only 53.5 per cent of this age group supported the ban. In Europe, support among young people was markedly lower at just four in ten (44.1 per cent) of 18 to 24-year-olds believing the ban would be a good idea.

Neil Greig, Policy and Research Director at IAM RoadSmart, said: “It’s clear that the majority of road users are very concerned about distracted cyclists wearing headphones or earbuds while riding. These findings were consistent right across the world in this substantial survey.

“Being plugged in to either headphones or earbuds is the ultimate distraction, as it completely shuts you off to your surroundings, creating a potential road safety risk to yourself, pedestrians and other road users around you. This is even more critical with the popularity and increasing prevalence of noise-cancelling equipment.

“There are plans to update the Highway Code being discussed as we speak, so now is a great time to have an informed debate about the best way for cyclists to avoid potentially fatal distractions.”