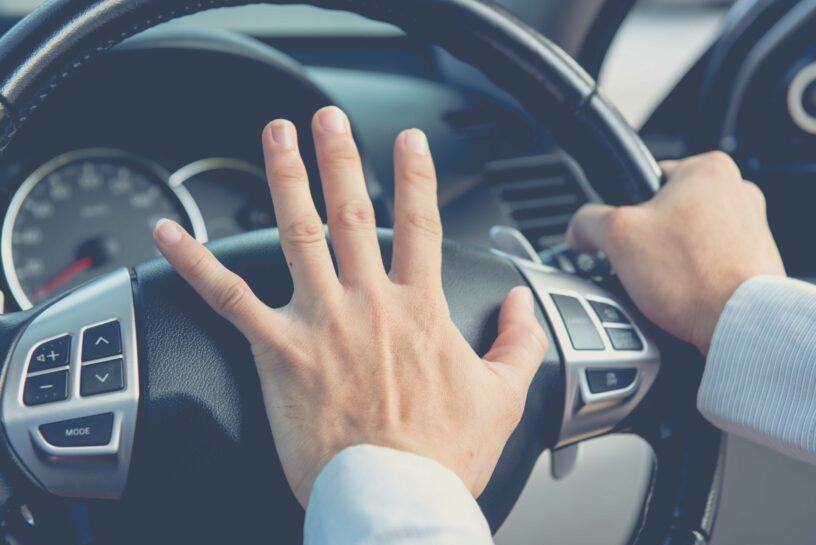 An estimated eight million motorists in the UK are running the risk of fines of up to £1,000 each for sounding their vehicles horn inappropriately.

New research commissioned by the UK’s largest independent road safety charity, IAM RoadSmart, has discovered that one in four (25 per cent) of the 1,000 drivers surveyed admitted they are likely to honk their horn at motorists driving too slow in front of them, while one in five (20 per cent) said that they have sounded their horn at learner drivers.

The findings are in stark contrast to the sound advice outlined in the Highway Code, which states that drivers should only use their horns when their car is moving and when they need to warn other road users of their presence. In the eyes of the law, motorists also mustn’t blast their horn aggressively because it is not a device to draw attention of other road users without viable and reasonable intention. Furthermore, it is also illegal to sound your horn while driving in a built-up area between the hours of 11:30pm and 7:00am.

The police possess powers to issue non-endorsable fixed penalty notices (FPN) of £30 for these offences. If drivers object to the FPN, they can challenge the decision in court, but if magistrates agree with the police, they have the jurisdiction to increase the fine to up to £1,000.

Neil Greig, Director of Policy and Research at IAM RoadSmart, commented: “Most drivers know the rules of the road when it comes to wearing a seatbelt or using a mobile phone. However, some lesser-known wrong doings, such as inappropriately sounding your horn, can also lead to serious consequences such as fines. These fines will set motorists back financially in a time when many are seriously feeling the cost-of-living squeeze.

“Most importantly, not only are drivers running the risk of being faced with a hefty fine, but they could also be seriously risking their own, as well as other road users’ personal safety. Sounding your car’s horn aggressively or at an inappropriate time can seriously panic other road users, leading them to make rushed and risky decisions. You never know how another driver might react to such a challenge, so why risk confrontation on our already congested roads? Rather than being eager to sound your horn, we would urge motorists to keep calm and motor on!”

* All percentages are rounded to the nearest decimal